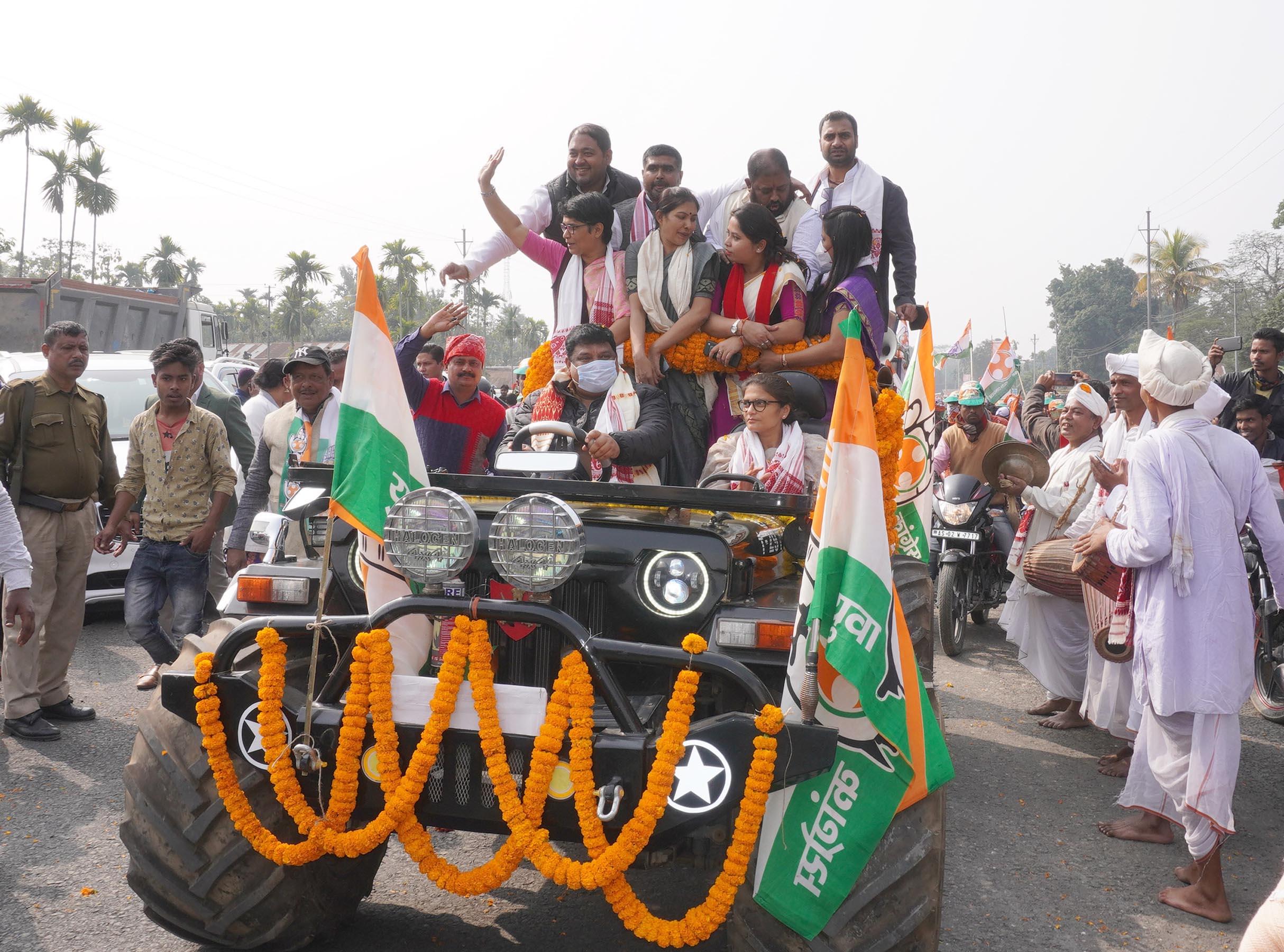 As the days nearing to the next Assam assembly elections, the ruling BJP-led alliance has been increasing their organizational activites across the state. Despite the Congress-AIUDF alliance creating speed breaker for the ruling party, yet their election strategists like minister Himanta Biswa Sarma and others are seen unrelenting to boost the morale of the party workers. Political analysts believe that the saffron party has acquired significant presence in the upper Assam districts like Golaghat, Jorhat, Sivasagar, Dibrugarh, Tinsukia etc. Contrary to this, the opposition parties are keeping snail pace in the most upper Assam districts so far as the election is concerned. However, in the Amguri constituency Angkita Dutta, who was defeated by Pradip Hazarika, the AGP-BJP alliance candidate in the 2016 assembly polls, has started the party's organizational works aiming at upcoming election. Barring her hardly any state level leader of the party is yet to give importance upon its election strategies in these districts. The state Congress leadership has upset the grassroot level workers, a leader said.

Another Congress leader who wished not to be named said, “ The Congress-AIUDF can easily win atleast 45 seats due to arithmetic of alliance. That's a big number to start. To win a simple majority they will need 18 more. There are 36 seats where Assamese voters decide the winner. They won 4 last time. This is where focus is needed most!” The leader admitted that special focus is needed in the districts of Tinsukia, Dibrugarh, Sibsagar, Charaideo, Majuli, Jorhat and Golaghat. “ No point in wasting resources where you won't win the seat. In total there are about 80-85 seats with most to bare minimum chances, focus & give ur all to only those seats,” he added.

Likewise, the influence of the newly floated AJP and the Raijor Dal still remains limited on the common voters.

Ajmal hits back at Majarbhuyan

11 Feb 2014 - 8:56am | AT News
Stunned by the sensational allegation of deal with Congress vice president in the time of Rajya Sabha polls, AIUDF president Badaruddin Ajmal threatens legal action against his party legislator Ataur...