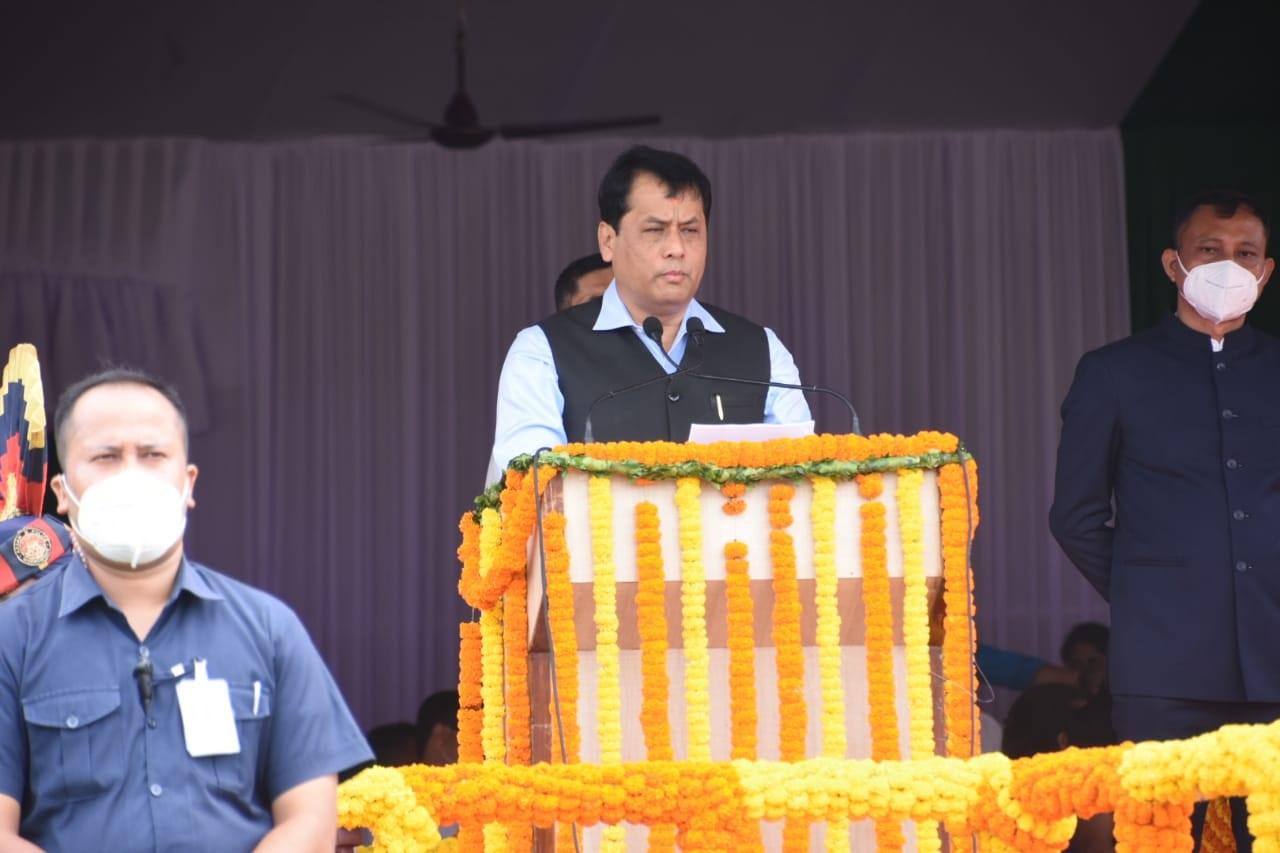 Guwahati: Amid an escalating COVID19 menace Assam joined the Independence Day celebrations on Saturday. The celebrations were low profile in view of the guidelines for maintaining social distance.

Amid watertight security Chief Minister Sarbananda Sonowal hoisted the national and took salute of the armed forces at the Judges’ Field in the morning.

Ministers, MLAs and bureaucrats along with many parties and organizations also hoisted the tricolour to retain the formalities keeping aside the cultural ands entertainment programmes.

Shops  and markets did not open in view of 12 hour statewide Assam bandh by United Liberation Front of Assam (ULFA-I) alleging empirical and colonial suppression over the people of Assam.

The people in many places preferred to confine to their homes because of incessant rains froim midnight.

22 Nov 2015 - 12:13pm | Manas Jyoti Chutia
The flood ravaged people living on the bank of River Jiadhal have dissented the alignment of Jiadhal embankment proposed by the Water Resource Department, Dhemaji. The ambitious plan with an...