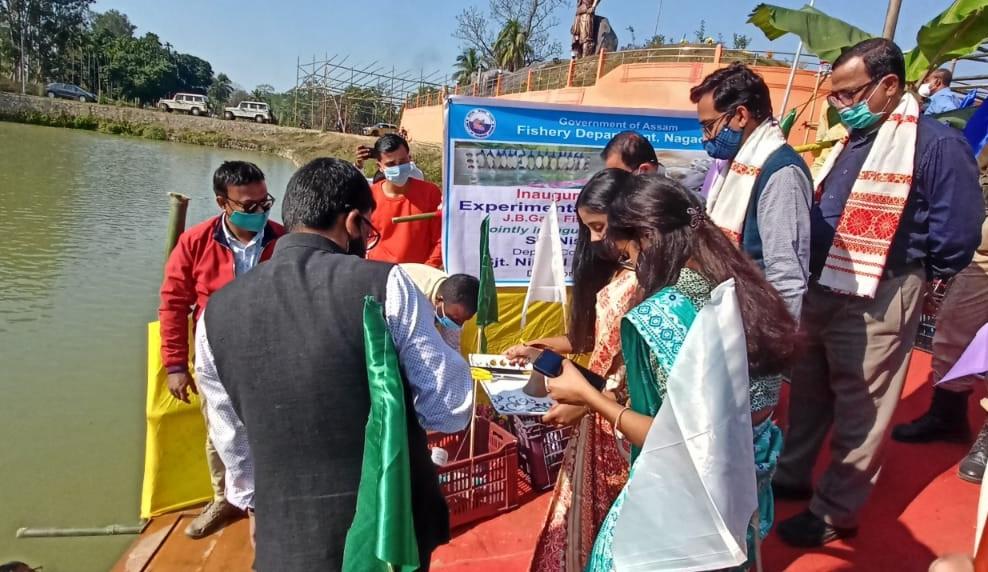 RAHA : Jongal Balahu Garh fish farm in Raha has become the first in state to start pearl farming. The largest fish farm in the state has started pearl farming in an experimental basis in its ponds that have been earlier used only for cultivating Indian major carps.

The project was inaugurated by Nagaon deputy commissioner Nisarg Hivare , IAS , on Sunday. He also chaired the function organised on the occasion at the farm premises.

Hivare , in his speech lauded the initiative taken up by the fishery department and believed that the new culture could bring a change to the fish farm and play a major role in spreading awareness of pearl culture , especially among the younger generation interested in pearl farming.

He further  thanked the fishery department , J B Garh fish farm officials and Nagaon district fishery officer Dr Ramendra Barman for taking the lead in disseminating pearl culture technology to the fish farmers in the district.

Bulen Hazarika , the pioneer of pearl cultivation in Nagaon district also attended the inaugural programme among others.

1 Oct 2014 - 6:24am | Songit Basumatary
Alexon Narzary will soon take over as the General Secretary of Udalguri College Students Union. His name was formally announced on Tuesday a day after the UCSU held elections. Vice president is...

7 Oct 2008 - 3:17pm | editor
The Assam government ha come in for sharp criticism for the burning situation in Udalguri and its four neighbouring districts where as many as 60 people were killed besides leaving more than 200...