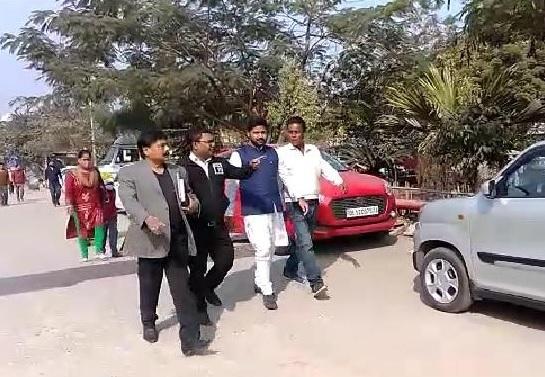 Guwahati: AJP president Lurinjyoti Gogoi and general secretary Jagdish Bhuyan visited Raijor Dal president Akhil Gogoi in Guwahati on Thursday amid the speculations of the move to forge alliance to fight against BJP and Congress.

The trio met at the Guwahati Medical College in the morning where the jailed peasant leader has been undergoing treatment.

Earlier they sent feelers to each other when Raijor Dal urged AJP to jointly fight the polls to beat BJP and Congress.

Repoll in 75 polling booths in Karimganj on Tuesday

21 Jan 2008 - 3:47pm | editor
Karimganj is going to repoll in 75 polling booths in Karimganj on Tuesday. The repolling has been ordered following the allegations of large scale rigging and booth capturing on 9th of January. The...