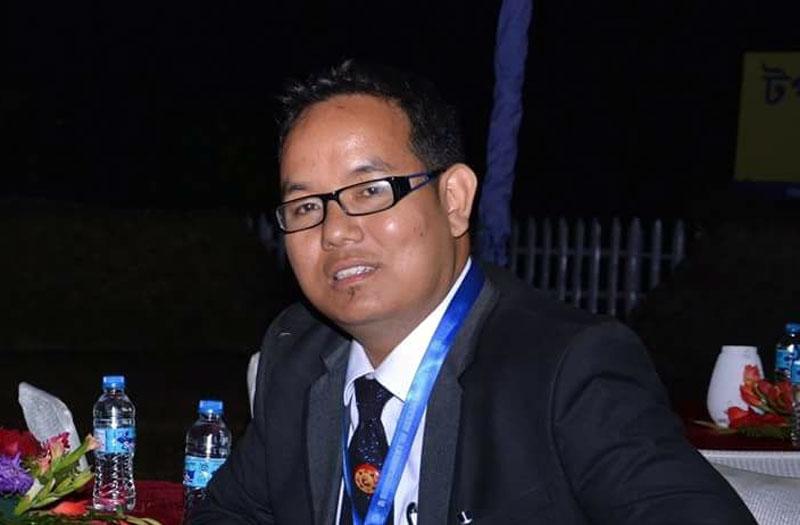 Dewan has been invited to speak on 'The Role of Journalists in Community Development and the Impact of Rolling Reportage.'

This is the 7th edition of the international award and is being jointly hosted by the American Nepali Press Club of United States of America and the National Press Club of Nepal.

Dewan's contribution to community development journalism has also been recognised in the past in the region too. He was voted 'Top 10 Gorkhas of Assam' by 'Sapariwar' Nepali language monthly magazine published by Guwahati after being nominated from Journalism field. To achieve such a feat at a young age of 22, he was given Honorary Associate Membership of the Gauhati Press Club in 2009. He was awarded the 'National Emerging Journalist 2009' in Kalimpong, West Bengal and felicitated by Sikkim Press Club in Gangtok in 2010. Kalimpong Press Club had invited him as a resource person in their annual workshop and felicitated him with honorary membership for his contribution to community journalism.

Nanda Kumar Dewan is a Mass Communication and Journalism graduate. He started his journalism career with UB Photos  as a Photojournalist cum Content Editor in 2006. He also reported for  the Assam Times - a pioneering online community news portal - as a City Correspondent and is still associated with it. Since begining of journalism career, he has contributed to various national and international news organisations from Guwahati focussing mainly on community development subjects and international relations. At the advent of online news sites, he regularly contributed to these new portals including The Darjeeling Times, Himalyan Beacon, Kalim News, The Gorkha Times, The Sikkim Times. His news articles appeared in Nepali language dailies Himalaya Darpan, Hamro Prajashakti and monthly magazine Sapariwar and English monthly Eastern Panorama.  He also contributed as a stinger for newspapers in Nepal, Bangladesh and Bhutan.