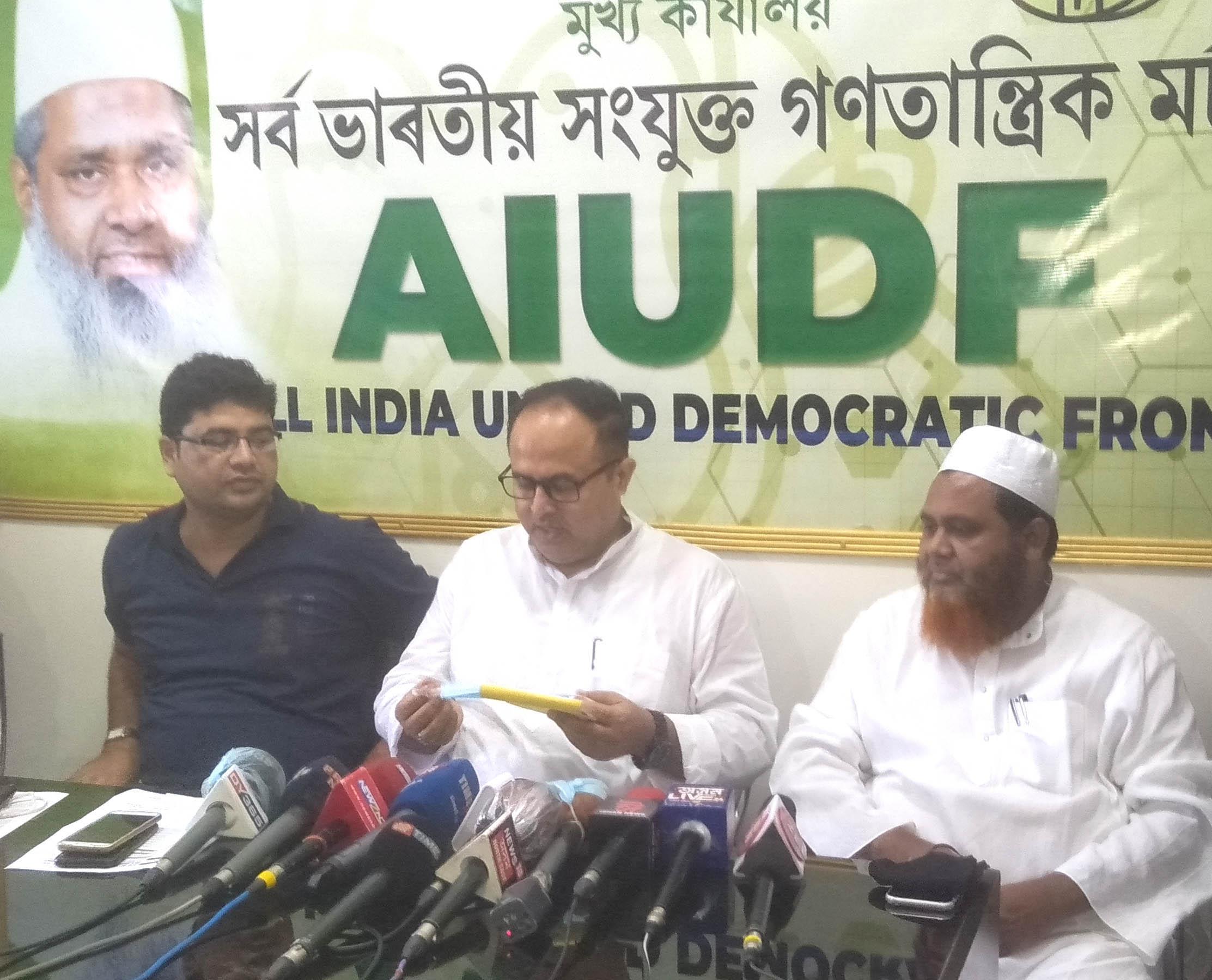 Guwahati: After days of will-they-wont-they,  AIUDF has finalized the decision to forge alliance with Congress to put BJP on the edge in 2021 assembly polls.

Of course,  CPI,  CPM would also be the parter of the Congress-led grand opposition alliance.

The proposal for joining the alliance got the seal of approval as the party core committee leaders met in Guwahati in presence of party president Badaruddin Ajmal on Monday.

According to party leader Aminul Islam,  an alliance is an urgent need to keep BJP away from power. The party informally held a rounds of deliberations at the instance of Ajmal who cleared proposal.

As of now, the party is contemplating to contest around 25-30 seats while Congress has proposed to leave 36 seats for the allies.

Congress leaders told Assam Times that now they will prepare a common minimum programme with AIUDF,  CPI and CPM and would keep the door open for the like minded regional parties.

13 Nov 2016 - 3:01pm | AT News
Journalists’ Forum Assam (JFA) expressed shock over the killing of one more scribe in Bihar on 12 November 2016. The unidentified criminals shot dead Dharmendra Kumar Singh, who was associated with...

28 Jul 2015 - 7:34pm | AT News
Business experts and police officers have stressed a set of strategies to firmly deal with smuggling that ravages economy of the north eastern states.Participating a meeting organized by FICCI on...