Guwahati: Raijor Dal leader and MLA Akhil Gogoi demanded Food Corporation of India to purchase rice from farmers of the state, in a live Internet video on Friday,

Members of the Raijor Dal also demonstrated a dharna in front of FCI offiice at Guwahati.

7 Mar 2014 - 7:20pm | AT News
AICC is likely to announce the names of the candidates for the upcoming Lok Sabha polls in Assam slated for April 7, 12 and 24.According to reliable sources, Union ministers Pawan Singh Ghatowar and... 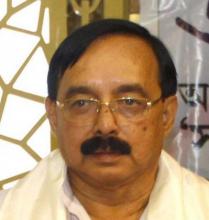 25 Sep 2015 - 3:56pm | AT News
Assam Congress president Anjan Dutta strongly criticized PB Acharya alleging that the governor has been behaving like a BJP leader.Speaking at a function at the state party headquarter in Guwahati on...

4 Mar 2017 - 9:52pm | AT Kokrajhar Bureau
Abducted trader Ranjit Dutta rescued today from Koilamoila in Chirang district after 11 days of his kidnapped from Bhawanipur. Dutta, a businesman in Kokrajhar, was kidnapped by unknown miscreants on...