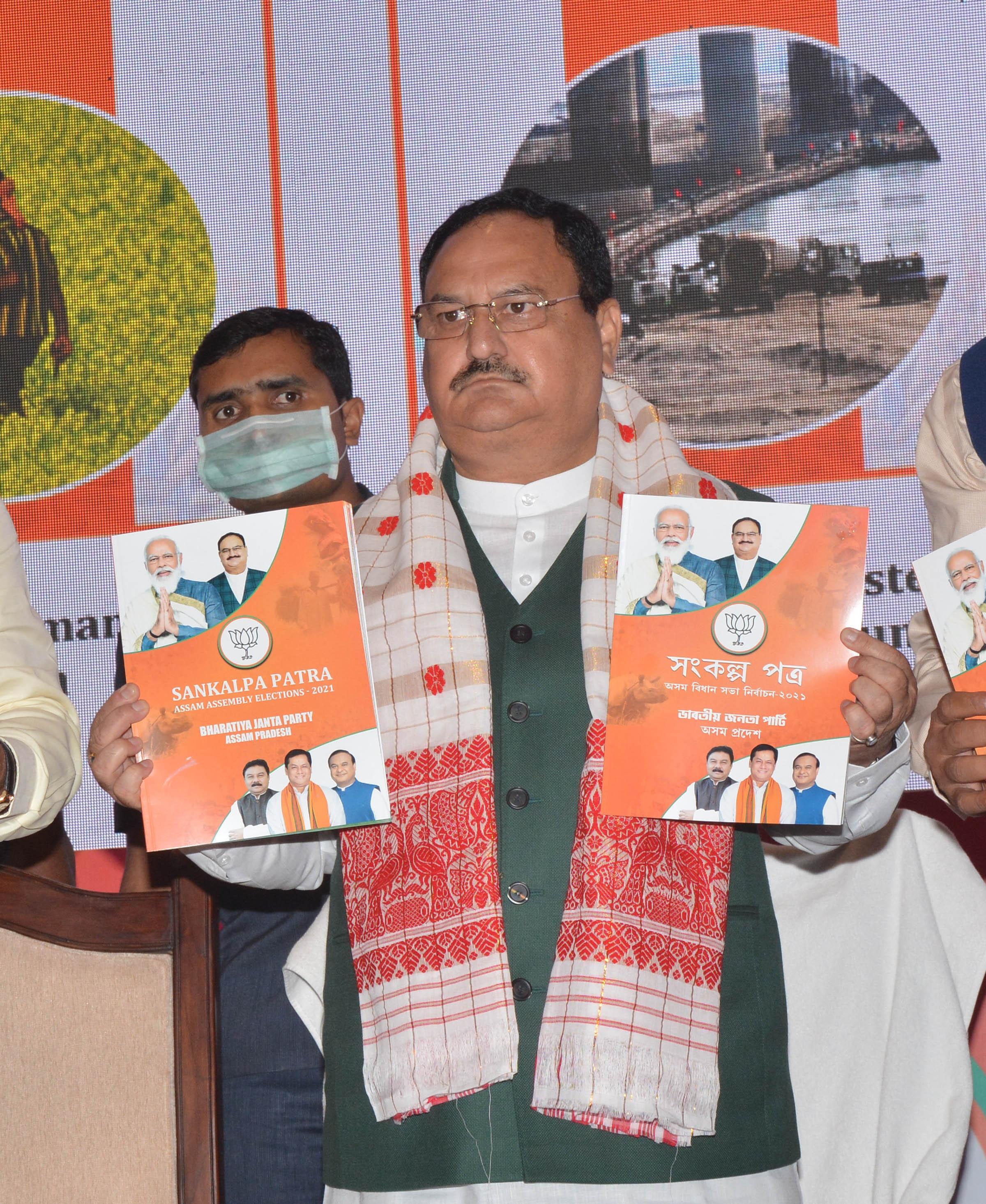 Guwahati: BJP on Tuesday released it's poll manifesto leaving the core issues in the lurch.

The main ruling party in Delhi and Dispur promised a flawless NRC and tight-lipped on the ST status for 6 ethnic communities.

BJP,  however,  promised measures to solve the perennial flood problem and cycle to the school goers from Class IX.

It further has promised to strengthen the Namghors across the state and along with a slew measures to uplift the indigenous people.

The implementation of the Clause VI of the Assam Accord,  1985 eluded the Sankalpa Parts released by national president JP Nadean.

However, the BJP National President JP Nadda said that once the new government is installed, CAA would be enforced across the state.

8 Feb 2014 - 3:18pm | AT News
BJP’s prime ministerial candidate Narendra Modi said that the resources full Assam have lakhs of poor people.In his address at the huge rally at the Veterinary College Playground on Saturday, the BJP...

21 Feb 2008 - 5:03am | editor
The opposition Asom Gana Parishad has started it hectic political confabulations to ensure its candidate in the upcoming Rajya Sabha election in March. But this time rift within the party...