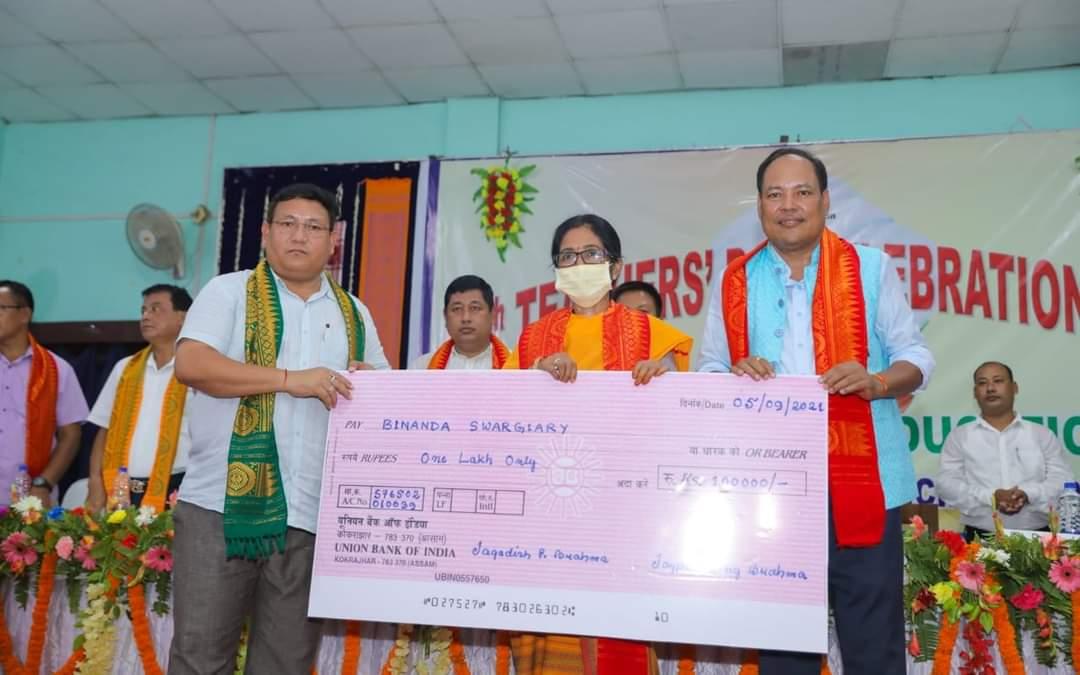 Binanda Swargiary of Deolkuchi HS school of Baksa district was awarded 'best teacher award' and 172 retired teachers across the districts of Bodoland Territorial Council were felicitated on the occasion of the 60th Teacher's Day celebration in Kokrajhar on Sunday.

The Teacher's Day was organized by the Education Department of Bodoland Territorial Council (BTC) at Science College auditorium, Kokrajhar to mark the birth anniversary of former President of India, Dr Sarvapalli Radhakrishnan.

On the occasion, Swargiary was awarded the best teacher award-2021 which includes a citation and a cheque of Rs. One lakh for her dedication towards the uplift and development of the teaching services in her teaching career.

In his speech, Daimary called upon the teacher community to work for the upliftment of the education scenario in the state. Stressing the need for quality education, he urged the teachers to dedicate themselves to the service of the student community and built a strong society.

BTR CEM Boro said that the BTR administration was working towards the uplift and development of social integration since its inception in the government in Bodoland Territorial Council. He said that the BTR administration is stressing to make a provincial station of all venture schools in days to come besides so far teachers were appointed in schools.

13 Jun 2009 - 11:30am | Juthika Das
Barpeta Xatra has the traadition of elected office bearers. This year for the election of Deka xatriya 3 candidates and 45 members filed nomination papers on the last day of filing nomination papers...