Congratulations to @BhupenKBorah for becoming the new President of @INCAssam. My best wishes to Working Presidents Rana Goswami, Kamalakhya Purkayastha and Jakir Hussain Sikdar. My gratitude to our former PCC @ripunbora. We will work with @JitendraSAlwar to strengthen @INCIndia . 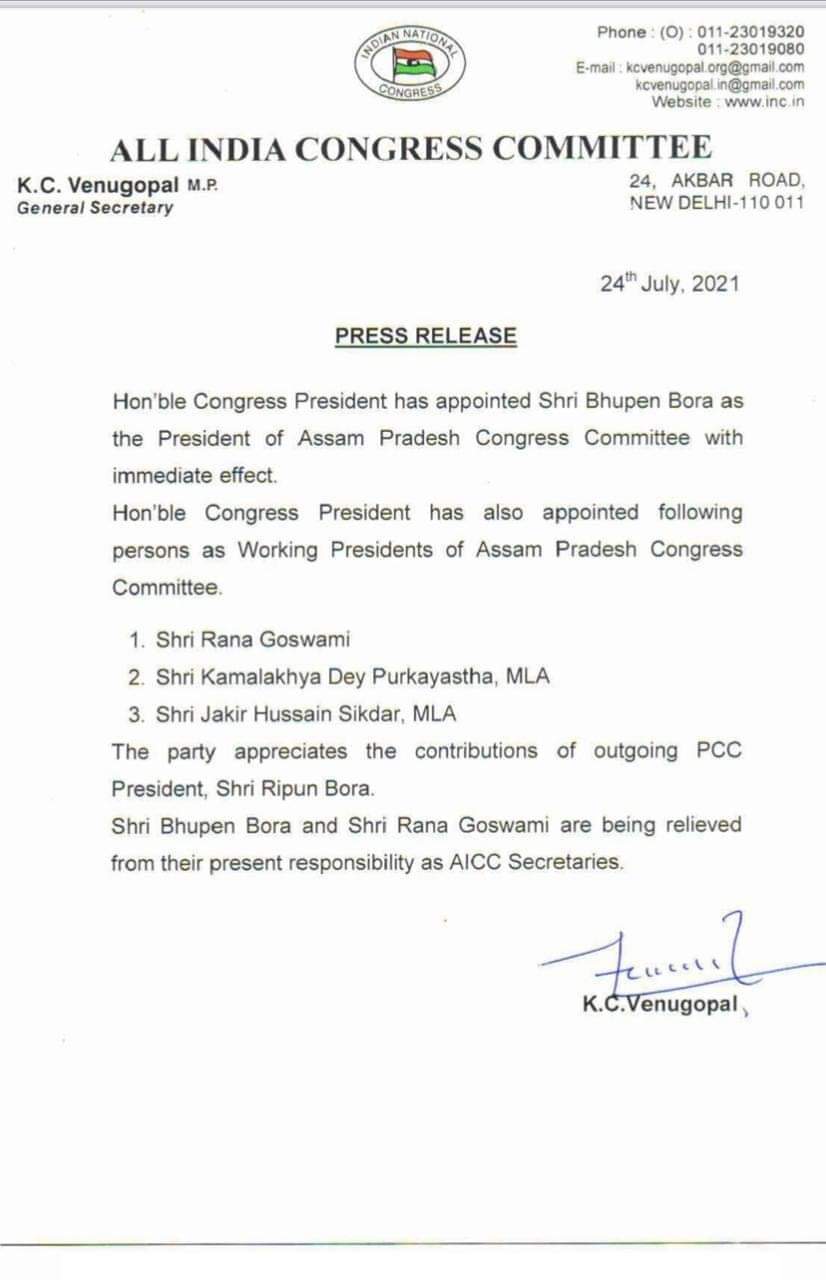 21 Oct 2016 - 6:14pm | Shajid Khan
An eye raising incident of mysterious child marriage came to light at Dimakuchi of Udalguri district. The incident has revealed the prevailing social menace of child marriage in the area. Biswanath...