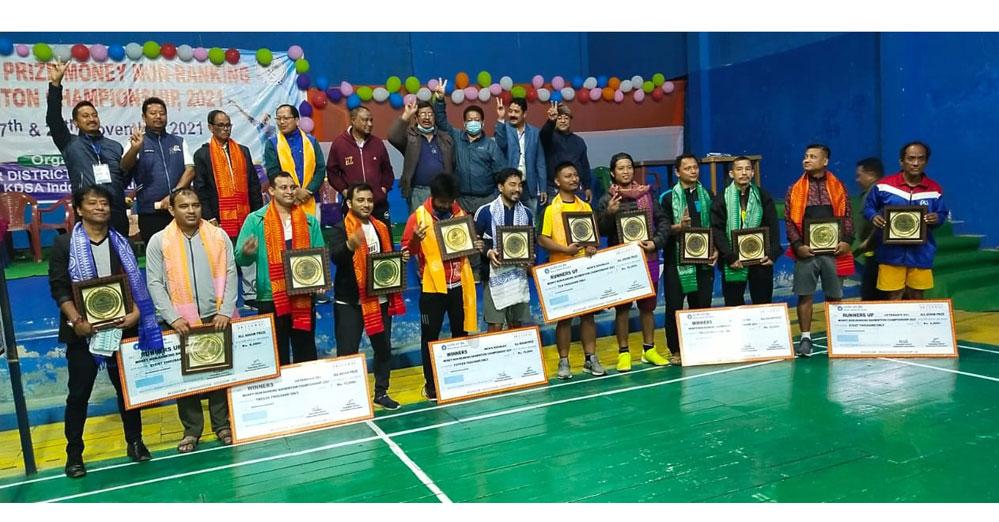 Kokrajhar: The first ever edition of the All Assam Prize Money Non-Ranking Badminton Championship-2021 concluded on Tuesday after a two-day programme was scheduled to be held at the indoor stadium of the Kokrajhar District Sports Association (KDSA) in Kokrajhar district.

All together 95 teams of across the state  participated in a championship that saw a healthy sporting environment in the region which was organised by Kokrajhar District Badminton Association (KDBA).

In the championship, Bijoy Brahma and Debo Bordoloi won the men's doubles open while Priyam Bhuyan and Indra Das; and Nikhil Mushahary and Bastav Neog triumphed the 75 plus and 95 plus categories respectively.

They were awarded prize money and trophies by the dignitaries present in the final event.

Notably, Bodoland Territorial Region (BTR) council head of department(CHD) for sports & youth welfare department,Jajnawati Basumatary graced as chief guest in the inaugural season of the championship.
Basumatary has lauded the organisers for organizing the Badminton championship in Kokrajhar which has been emphasizing to hunt the sports generations in the region.She informed that the BTC administration has been stepping up to organise various sporting programmes in the districts in days to come. 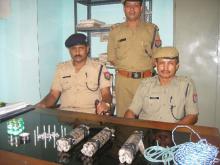 25 Nov 2016 - 12:25pm | Shajid Khan
The Udalguri district unit of Krishak Mukti Sangram Samiti (KMSS) staged a sit-in-demonstration on Thursday at Kalaigaon bus stand in protest against the arrest and subsequent judicial custody of...

22 Feb 2016 - 9:58pm | Hantigiri Narzary
Witch-hunting again repeat among society. An elderly woman was killed  on suspect of witch-craft at Borlaogoan Dahlapara village under Bijni PS in Chirang district late last night. According to...