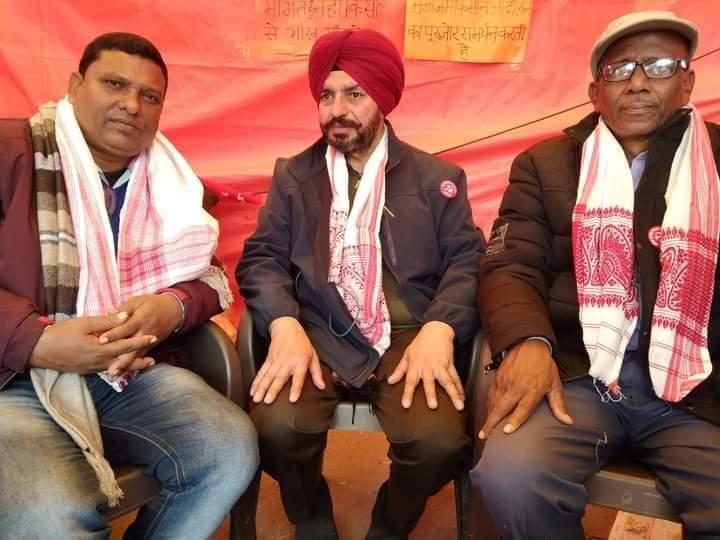 A group of farmers from Assam has, reportedly, reached Delhi to join ongoing anti-farm laws protest near the National Capital. The farmers are the members of the All India Farmers' Associatio.

As per reports, the Assam farmers' group consists of more than one hundred members.

Along with the group Gajen Barman (Bijani), a member of the All India Farmers' Association central committee, has also reached Delhi to join the protest, reports said.

6 Mar 2009 - 12:22am | Monjib Mochahari
It’s a matter of shame for the whole nation, the New York based antiquarian would be auctioning Gandhi’s belongings– a watch, a pair of sandals, a plate, bowl and a pair of glasses...

8 Mar 2017 - 4:13pm | Hemanta Singh
Brisk polling is going on in the second phase of assembly election in Manipur covering 22 constituencies on Wednesday.Amid an elaborate security arrangement and tight vigil,  voters in large...

13 Aug 2017 - 10:11pm | AT News Imphal
A bomb exploded here on Sunday amidst tight security being put in place ahead of the forthcoming Independence Day celebrations, but there were no casualties. The incident occurred at...