Pallab Kumar Gogoi, an oil company officer who was abducted by suspected ULFA(I) a month earlier, has, reportdly, appealed to Assam Chief Minister Sarbananda Sonowal to save his life.

In one video, uploaded on the tweeter by the newspaper, the Assam oil officer is seen and heard with folded hands saying, “ Sir, I am Sri Pallab Gogoi, an employee of the Quippo Oil and Infrastructure Ltd. I have been abducted by the ULFA(I). I am appealing to you (CM Sonowal) for my safe release.”

ULFA-I has released a video in which Pallab Gogoi , an employee of Quippo Oil & Gas Infrastructure Ltd.made an appeal to Assam CM to intervene to secure his safe release from the custody of ULFA & NSCN. He was kidnapped from Kumchaikha drilling site on Dec 21.@sarbanandsonwal pic.twitter.com/Oq5M0w2fHU

In the other video, Ram Kumar, who was also abducted by the ULFA(I) along with Gogoi, is seen and heard seeking help from Assam Chief Minister Sonowal and Bihar Chief Minister Nitish Kumar for his safe release. Kumar is also an officer of the Quippo Oil and Infrastructure Ltd. The duo had gone missing a month earlier.

ULFA-I has released a video in which Ram Kumar, an employee of Quippo Oil and Gas Infrastructure Limited made an appeal to Bihar CM to talk to Assam CM to secure his release. Kumar was kidnapped from a drilling site in Changlang on December 21. @NitishKumar pic.twitter.com/zf0ZuT4zzy 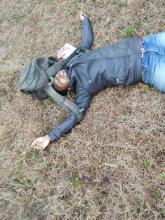 1 Feb 2018 - 8:13pm | AT News
MARGHERITA: Security forces claimed to have eliminated two dreaded rebels from Assam and Manipur at a fierce gunfight in Arunachal Pradesh on Thursday. According to information, the gun battle took... 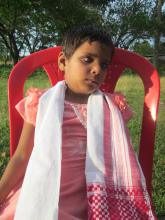