Creating more fear among the COVID-19 panic-stricken people, an earthquake measuring 6.4 magnitude on Richter Scale shook Assam and some parts of the NE India today morning. The tremor was felt at 7.52am followed by atleast two aftershocks.

No major loss is reported so far. As per the National Center for Seismology under the Ministry of Earthscience, the magnitude of the earthquake was 6.4 on Richter Scale. “It was really a big”, said Dr. Geeta Dutta, in her facebook post. The epicenter of the massive quake was in the Sonitpur district,Assam at the depth of 10 km.
In Guwahati, people hurriedly moved out from their houses after feeling the tremor.

23 May 2008 - 10:58pm | editor
In yet another big blow for ULFA, one more top cadre of the dreaded 27 Battalion Captain Pradip Bora, along with sixteen rebels have surrendered before the Army to Friday with a huge cache of arms... 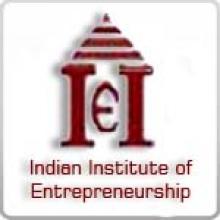