Journalists Acton Committee, Assam has organized a Journalists' Meet at Guwahati Press Club on June 22 (at 1 pm) to discuss about the issue of corruption in journalism and unethical means adopted by a section of media persons in Assam.

Organized in association with National Federation of Newspaper Employees, the meeting is supposed to discuss about the increasing number of incidents of corrupt means adopted by the working journalists in the state and also its implication on the medium.

Editors-journalists from both the print and visual media are invited for the meeting, stated in a release issued by Prakash Mahanta, General Secretary, JAC, Assam and Nava Thakuria, Secretary, NFNE.

Permalink Submitted by Prarthana Gogoi on Sat, 21/06/2008 - 20:18
It is a bare truth that a few of journalist in Assam filling their pockets by corruption. If the high professionals of media themselves are politically bias, how can the journalists be away from it? Even we came to know that the regional news channels are coming under the umbrella of ministers. Shame to media freedom.... It is a doubt now how many(journalists) believe that the soul of journalism lay in an uncompromising anti-establishment stand.

Permalink Submitted by Pallavi Barua on Sat, 21/06/2008 - 22:47
Corruption is rampant everywhere. But, when one uses this for character assassination, such newspapers need to be dragged to the court and their offices need to be pulled down. Such meetings will only be grand tea-parties. The real measures to delete such VIRUS lies elsewhere. Wait and Watch.....you will see in your lifetime......

Permalink Submitted by Pallavi Barua on Mon, 23/06/2008 - 17:44
Firstly, when one decides upon a career he/ she has to know of the salary. Journalism might not be as profiting as a career in showbiz like acting, singing or dancing. If one thinks he/ she needs more money, the person should change his/ her job. Just move to an MNC or BPO call centres, be a P.W.D. contractor (in Assam), start a wine-shop etc. Why take up this profession which needs civic responsibility? 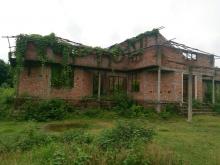 19 Jul 2016 - 6:56pm | Shajid Khan
At a time when slogans of Hagrama Mahillary's much hyped model BTC are in air the incomplete project of Jyoti-Bishnu cultural complex at Bhergaon has reiterated the  allegations of...

3 Apr 2014 - 10:51pm | Daya Nath Singh
The election process for the 16th Lok Sabha in India is going on full swing and by the middle of May 2014, the  complete picture of winning candidates would come out. The reign of the country...