Guwahati : The killing of abducted FCI official Dr PC Ram in crossfire during a rescue operation on Wednesday night in a remote village in the capital of northeastern state of Assam, proved a total failure of the Assam Police in conducting the operation. Did Assam Police know that Dr PC Ram was held captive in the house of Gobinda Deka,a resident of Borka-Panitema village, 40 kms from the capital city? The State Government and Assam Police have said they had 'no information' that Ram was inside that house. "The body with similarity to Ram was only found after the firing stopped," Assam DGP RN Mathur said. The ChiefSecretary also aired the same view. On the other hand, DIG (CWR) G.P. Singh told this correspondent that Assam Police had information that two ULFA militants were hiding in the house of Deka with a'middle-aged' man. This means that Assam Police knew a 'midlle-aged' man was there and so securing his safe release should have been the priority. But that did not happen. It is really surprising that the Assam Police did not try to take adequate precautions to rescue Ram safe at a time when Assam Chief Minister Tarun Gogoi said after his arrival from Europe trip: "Ram's release is the top priority of the Government." A joint team of the Assam Police and CRPF gheraoed the residence of Deka at 8.40 pm. Two Assam Police personnel proceeded to the house where the ULFA militants were taking shelter. Suddenly, there was firing from inside and the security men also retaliated. Singh said there was a heavy exchange of fire for over three hours and police were able to enter the house only around 12:30 am. They found two dead militants and the bullet- riddled body of an elderly man, who had a physical similarity to Ram, lying under a bed. "It's a case of a death in crossfire," Singh said. One of the killed rebels was identified as sergeant major of the ULFA's 28 battalion Rahul Deka alias Montu Gogoi alias Gautam Sarania. "A diary was found with his name on it. Rahul Deka was one of the wanted rebels. He hailed from Nalbari," a top police official said. The other rebel was identified as Bullet Sangma of Naokata, Goreswar. Police seized two AK-56 rifles, a pistol, a grenade, an IED and a huge amount of ammunition from the house. "They were young boys, they threatened us, and said they were from the ULFA. I saw an aged man and their arms, so I had to give them shelter," said Deka, owner of the house where the militants took shelter.

From the past experiences (right from Sanjoy Ghose) we have seen that the Assam .Police have failed to control the hostage crisis and never, (never) got any edge on this issue. But, the tragedy lies in the fact that not once during the entire period of Ram's captivity since April 17 was there any attempt by any quarter to open channels of communication with the rebels to try and secure his freedom. This is a poor reflection of the incipient civil society in Assam. It is a question of the life of a person held hostage. After all, imagine the trauma that Ram's family has been undergoing all these days. And such a terrible end

Permalink Submitted by Diganta Mazumdar on Sat, 21/07/2007 - 09:17
Nice article. It is really what is going on in our state. Police was not able to find out Dr Ram. Thanks to the website for the article. 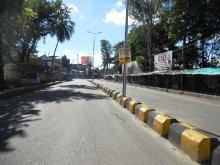 4 Jun 2013 - 8:48pm | AT News
An Asom Gana Parishad delegation was on a fact finding visit to Mariani a day after Naga miscreants shot dead an Adivasi cultivator.Led by former minister Atul Bora, the delegation visited the border... 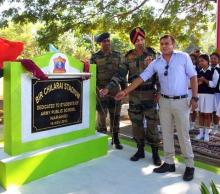