Four army jawans have sustained serious injury in an ambush by suspected NDFB(S) in Udlaguri district on Sunday.

They were airlifted to the Tezpur Army Hospital where they have been battling with life. Details are awaited. 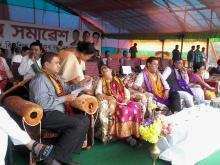