Encouraged by the huge and successful rallies, BJP will further hold two huge rallies to be addressed by Narendra Modi in March.

Senior party leaders told Assam Times that the BJP prime ministerial candidate has been requested to attend two rallies on March 13 in Lakhimpur and Dibrugarh.

The second one rally has yet to be confirmed. But they hoped that both the rallies would help the party woo huge voters. 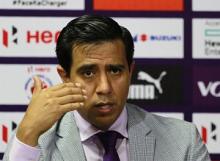