Chief minister Tarun Gogoi has categorically refused to reshuffle his council of minister. Taking up a letter of request of the kind in the party's legislature body meeting in Dispur on Saturday, Gogoi said that the reshuffle is not required at this moment. He said that he was open for the excercise as situation warrants. He silently listened to the MLAs and ministers as they vented ire on the performance of a section of ministers. The 3 hour long meeting ended with a pledge to unitedly fight the upcoming Lok Sabha polls. Then Gogoi left for Delhi to arrange his son's wedding ceremony. 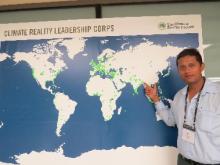