Assam Photo Journalist Association (APJA) expresses shock over the gang-rape of a photo journalist in Mumbai and demands actions against the culprits.
It is reported that the 22-year old photo journalist went on an assignment to Shakti Mills under the Mahalaxmi area on the evening of August 22, where she was targeted by five assailants. She was accompanied by a male colleague, who was also beaten up by the goons.
The APJA will stage a silent demonstration tomorrow at 11 am (till 12 noon) in front of Guwahati Press Club, said a release issued by APJA president Rajib Bhattacharjee and secretary Rituraj Konwar.
Journalist Forum Assam (JFA) has also condemned the incident and urged the Maharashtra government to nab the assailants. The JFA has extended its support to the APJA protest program scheduled for Saturday in the front of Guwahati Press Club. 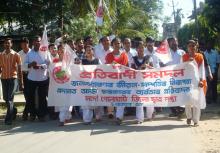 6 Nov 2008 - 10:28pm | Ritupallab Saikia
After Bar Association and AGP now its AASU’s turn to protest against the government failure to deal with the explosive situation. The has become palpable in Golaghat when hundreds of AASU... 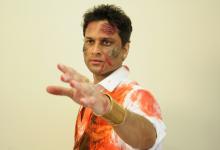 1 Nov 2013 - 8:35pm | Rajdweep
Only quantity or quality too? It’s not just a question; actually it becomes a matter of serious debate when it comes to Assamese Cinema. Unfortunately it has been a long period of Assamese Cinema...