he definition of crime has expanded to various fields like child-trafficking and cyber crime, the police force needed to be trained to handle such cases, said Chief Minister Tarun Gogoi.

Talking to reporters in Guwahati on Saturday, Gogoi said that police are fully controlled insurgency compared to many state police. 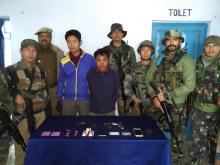