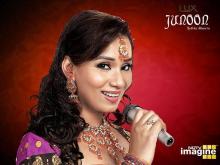 19 Jul 2008 - 4:21am | Ritupallab Saikia
For the 1st time on a national stage, Assam’s daughter Kalpana Patowary was seen singing an Assamese song wearing a traditional Assamese dress. The name of the programme is “Junoon Kuch...