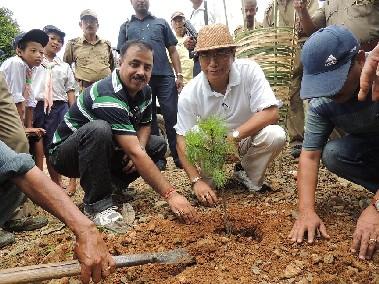 17 Mar 2017 - 3:44pm | AT News
The Asom Jatiyatabadi Yuba Chatra Parishad threatens to go all out against NHPC if it proceeds to resume the construction of the mega dam at Gerukamukh along the Assam-Arunachal Pradesh border.AJYCP...

6 Jun 2007 - 5:30am | pbaruah
After the traders body back by Prafulla Kumar Mahanta, now its turn for the Assam BJP to demand President’s Rule forcing the Assam Government to snub the former Chief Minister. In a memorandum...