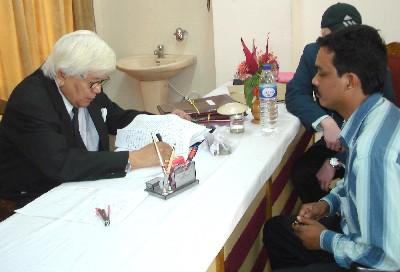 Five more people on Friday deposed before the Manisana Commission probing the Beltola clash that rocked the state on November 24. The panel is understood to have recorded some startling revelations and is scheduled to submit the report by February 28.

During the last three rounds of hearings, the panel grilled several top ranked government officials and eyewitnesses. Several others have also sent their written statements to the Commission to probe the incident. The panel has been making progress in the probe. It is set to wrap up the hearings in a day or two. Some more people are set to depose before the commission on January 21.

Justice Singh was assisted by state home department deputy secretary H K Saloi and few other top ranked officials at the Guwahati Circuit House. Significantly, a few leaders from the All Adivasi Students Association of Assam called on the Commissioner and informed that they will be deposing before him along with a few victims of the incidents in a day or two.

No Land right to non-Karbi in Karbi Anglong: Will apply to people already residing there as well

21 May 2010 - 3:05am | Juthika Das
"At present there comes great threat for the Khilanjiya jati-Janagosthi'. The formation of population had completely changed. The AIUDF chief of Assam had raised question in the Loksabha for 10%...