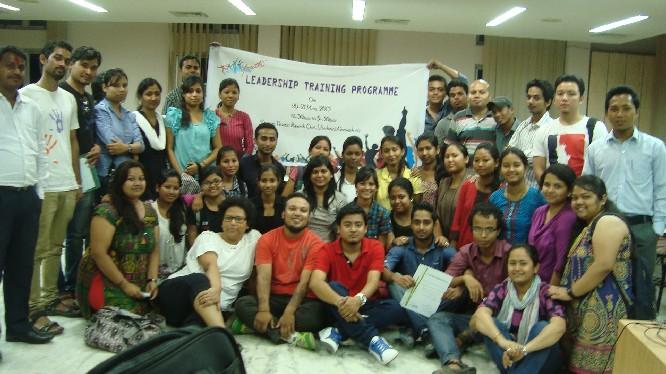 A Leadership Training Programme for youths, organised by Foundation for Social Transformation- enabling North East India, was successfully held on 20th and 21st May, at Bosco Reach Out in Guwahati. The training was attended by 50 youths, who received training from distinguished mentors.  The training modules included the Youth, social action & change, gender, feminism & masculinity, communalism, religion & conflict, sexuality, sexual rights & violence, democracy, politics & governance, globalisation & natural resources management & disability rights. The leadership training programme was meant for young change makers of the region. The training programme focused on many social issues which affect the lives of young people and also the society. Successful participants will get further chance to do community and civic projects with mentoring from several experts.

“Young people have tremendous energy and willingness to learn , if given a right direction they can foster enormous positive change in the society, they just need to get unbiased guidance”, said Gayatri Buragohain , Executive Director of FST.  FST shall organise more training programme for young change makers’ different parts of the region, this was stated in a press release issued by FST.

5 Nov 2016 - 8:48pm | Shajid Khan
Chhath puja the festival dedicated to Sun God (Surya) would be observed on riverbanks and near other water bodies on November 6 and 7 at Tangla where devotees will pay obeisance to the setting and...

5 Jan 2009 - 9:19pm | editor
Hardcore ULFA leader and sergeant Major with the crack unit 28th Battalion Mridula Changmai has been arrested by Charaideo police in Sivasagar police on Monday. Some arms ammunition with some other...