The Assam State Transport Corporation (ASTC), Bokakhat, earned Rs 30,03,155 in the year 2007, an increase of Rs 4,93,849 than the previous year. In the year 2006, the station got the third best station award of Asom. The station now earns almost an amount of Rs 11,000 per month from the commercial establishments including the canteen of the campus. The passengers of the station have also been greatly satisfied on the smooth conduct of the station. The station has only two buses from Bokakhat to Margherita. It requires a bus from Bokakhat to Guwahati. The station also needs two more drivers as it has been provided only four drivers including one who has taken a long leave since October last. The quarters of the campus are in a bad condition and the people have demanded early repair

7 Jun 2013 - 9:34pm | AT News
Tea planters called for a single hotline phone number along with deployment of drones and unmanned aerial vehicles to ensure adequate security for executives and workers of the industry.According to... 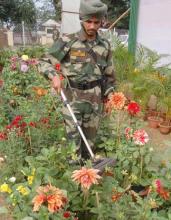 25 Jan 2008 - 2:38am | editor
With less than 24 hours left for the Republic Day, security has been beefed up across the state to ensure peace and normalcy during the day. Besides intensifying patrolling on the streets, police and...

1 held with money in Borjhar

19 Mar 2014 - 8:00pm | AT News
The Income Tax sleuths on Wednesday arrested a person in Guwahati and seized a huge amount of money from his possession.Identified as PK Dutta, he was held at the Logpriya Gopinath Borodoloi...