AICC general secretary Digvijay Singh is on a three days visit to Guwahati amid speculation of an effort to mend differences within the ruling party.
The dissident ministers, parliamentary secretaries and MLAs are likely to reveal their resentment before Singh on Friday. Immediately after landing at the Gopinath Bordoloi International Airport, the AICC general secretary in charge of Assam affairs drove to the Hotel Green wood Resort to hold talks with Chief Minister Tarun Gogoi and party president Bhuibneswar Kalita. Dissidence is believed to have come up in the crucial meeting along with some other issues. The dissident camp is all set to raise the issue Friday. 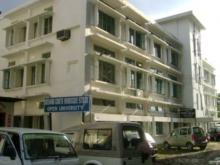 20 Sep 2015 - 10:53pm | AT News
A home ministry report finds a safe route of arms smugglers in the north eastern state of Assam. Security forces have seized 1705 illegal arms in the state during the last four years.According to the...