2 Jul 2013 - 8:10pm | Anup Biswas
Commemorating the first Anniversary of Raising of Inspector general Assam Rifles (East), a National Integration Tour to Delhi Agra and Mathura was flagged off by the  Chairman, Dima Hasao... 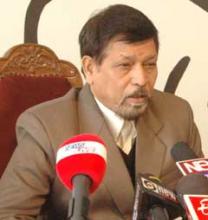 26 Jul 2012 - 7:45pm | editor
BJP on Thursday reiterated its allegations of a nefarious role of Bangladeshi immigrants in the on going ethnic clash that rocks BTAD areas where over 40 people were killed. Talking to reporters in...