Five dissident Congress MLAs are camping in New Delhi to meet party president Sonia Gandhi. Led by former MP Kirip Chaliha, they are reportedly waiting to call on Gandhi’s political adviser Ahmed Patel on Monday to air their grievances. Comprising They include Jayanta Malla Baruah, Rekibuddin Ahmed, Rajen Barthakur, Pradan Baruah and Sushmita Dev, they are expected to request Ahmed to help them meet Gandhi in near future.

They left Guwahati in on Sunday afternoon after an APCC president Bhubneswar Kalita left for the capital. 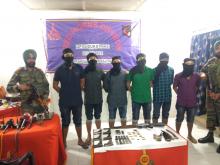 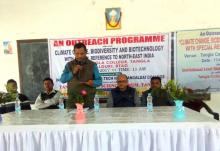 14 Feb 2017 - 9:16am | AT Staff Reporter
An outreach programme on climate change,bio-diversity and biotechnology with special reference to NE was held at Tangla on Monday. The programme was organised by Tangla College Science Forum at...

31 May 2017 - 9:14pm | Ranjanjyoti Mahanta
A district level inter school prize money quiz competition will be held on the occasion of World Environment Day at Nowgong Girls' College on June 5. A preliminary written tests are currently being...