It’s a ray of hope for farmers. Courtesy the Krishak Mukti Sangram Samiti. Led by Akhil Gogoi, KMSS has kickstarted a few ‘fair price’ stalls for vegetables in Guwahati pulling huge crowd.
The two shops at Chandmari and RG Baruah Road Tiniali are being expanded till Ganeshguri on Tuesday after procuring the produce in bulk from farmers in Barpeta Road where they had been deprived of their due remuneration due to large-scale presence of middlemen and illegal syndicates in the trade.
The stalls seems to have drawn overwhelming response from the citizens who made a beeline to the stalls to get vegetables at half the price sold in the city markets. ON Monday alone, over a hundred quintals of vegetables were sold in the two stalls. The rates per kg for different vegetables in the two stalls were: cabbage-Rs 5, cauliflower-Rs 6, tomato-Rs 6, brinjal-Rs 10, squash-Rs 8, German turnip (ulkabi)-Rs 6, potato-Rs.12, carrot-Rs.7, and coriander (dhaniya)-Rs.15. All these vegetables are being sold in the city’s market at double this price.
According to Gogoi, the farmers had been selling their vegetables in the Barpeta Road wholesale market at very low prices due to the exploitative working of middlemen.

Customer told assamimes that the Government, by its inaction on the thriving illegal syndicates, was in a way endorsing the nefarious practice, and that it was time people joined hands to ensure that there was a direct contact between the producer and the consumer. 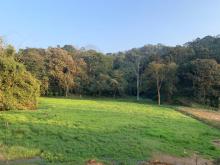 Drain that killed the trees...

11 Feb 2021 - 2:26pm | Samhita Barooah
We have been residents of Guwahati a city in the making. Its a city of rivers, drains and hilly streams all woven together in a fascinating ecology of hill and valley. Our locality receives annual...

27 Sep 2015 - 9:19pm | AT News Itanagar
Arunachal Pradesh Chief Minister Nabam Tuki will hold an all party meeting at his official residence on Monday morning to discuss the Chakma-Hajong issue.As such, two persons from each political...

31 Mar 2015 - 12:10pm | AT News
The ailment of several students after JE vaccination seems to have created panic among the school goers from Monday.School authorities, students and guardians alike are reluctant to allow the...