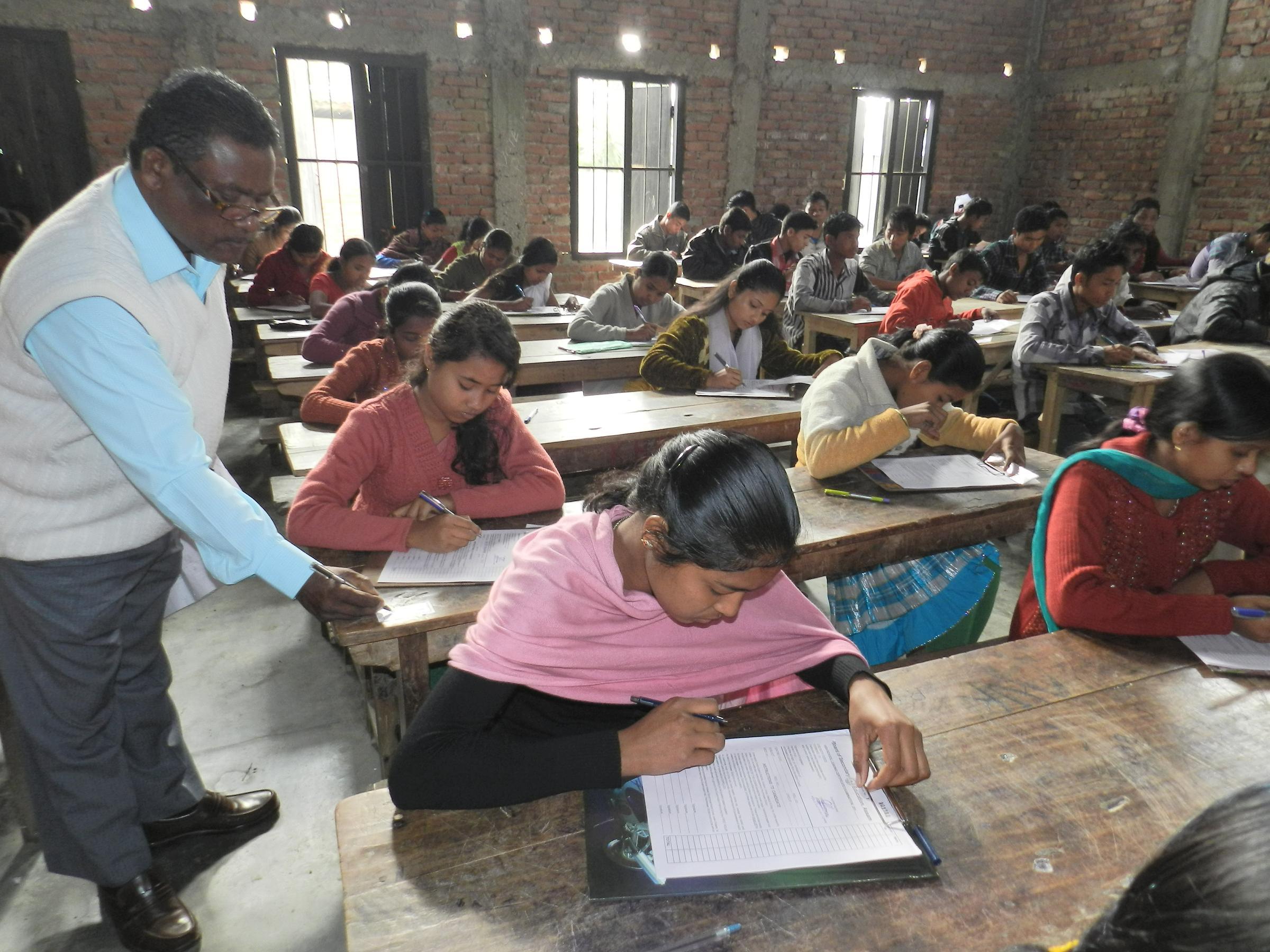 HSLC examination 2013 has commenced peacefully at Kalaigaon on February 18. Total 888 numbers of students,mostly girls, (boys-398, girls-490) have appeared in this years HSLC examination at Kalaigaon. According to In-Charge of Kalaigaon centre 642 regular candidates ( boys- 282, girls-360) and 38 private candidates (male-20,female 18) have appeared in Zone A (Kalaigaon HSS School) while in Zone B (Kalaigaon Girls HS) 208 regular students (boys-96,girls-112) have appeared.Nabin Chandra Boro,Inspector of Schools,Udalguri district had visited most of the HSLC examination centres. He disclosed to media that three HSLC centres namely- Bholabari, Dalanghat and Dimakuchi had been identified as sensitive centres in the district. He further said that necessary security arrangements had been taken up to control any types of situation.

30 Jul 2018 - 5:57pm | Shajid Khan
UDALGURI: In a bid to maintain normalncy,peace and tranquility in purview of the complete draft publication of NRC and forthcoming 72nd Independence day celebration,to thwart the nefarious attempts...

15 Aug 2020 - 1:28pm | AT News
Guwahati: The much-hyped Congress-AIUDF alliance to beat BJP in 2021 assembly polls hits a major road block when a recent AICC survey suggested otherwise. The survey has predicted the dismal...

26 Dec 2014 - 10:17pm | AT News
A string of untoward incidents marred the 12 hour statewide Assam bandh on Friday evening.Adivasi people in large number came to the streets in many places to enforce the bandh they called for in...