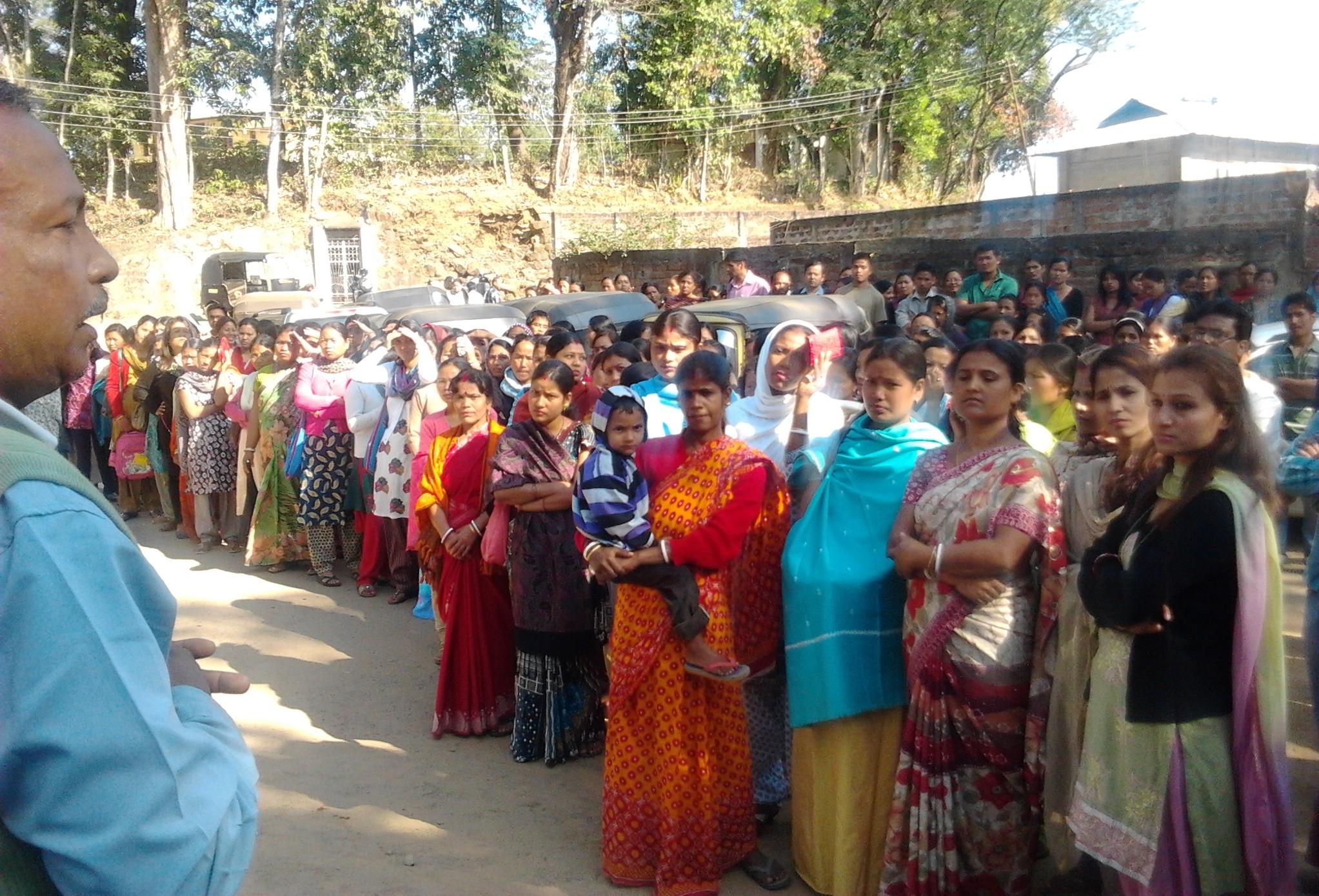 Guardians of the students of Hafong St Agnes Convent High School expressed serious concern over the autocratic attitude of the School authority. It is learnt that the school authority suddenly increased the fees of all the classes by 150/- each without consulting with the guardians of the students. Earlier, the monthly fees of the student was 200/- to 250/- per month, during the new admission this year the fee was increased by 50/- as per notification, but now, all of a sudden the authority increased the fee further by 150/- that too without any prior information. Following which, the hundreds of guardians at first approached the school authority to know the reason for such sudden increase in fee, but instead of explaining the reason as sought for, few teachers reportedly misbehaved with the guardians and also the media persons. They also threatened the guardians and said to withdraw their wards if they were unable to pay the increased fee. The guardians later approached the Executive Member, in charge Education, Dima Hasao Autonomous Council Sri Kalijay Sengyung who assured the guardians to take necessary action against the irritating teachers of the Convent School while claiming that the Dima Hasao Autonomous Council has been providing enough fund for the infrastructural development including buildings etc. of the school and recurring grant is also being provided to the school time and again. He said, since the DHAC has been taking much care for the development of the School, the school authority should also think for the students and the guardians living in this district. Meanwhile, hundreds of guardians on Wednesday approached the Inspector of Schools, Dima Hasao, Sri R. Rongpi, who assured the guardians to take stern action against the school authority very soon. He also said the Convent School cannot take fee from the students of Class VI to X since the school authority is being provided with financial aids from the Government time to time. More over, the Covent authority has to follow the Right to Education Act properly. The guardians on the other hand disclosed that the St Agnes Convent School is not having proper facility for the students, even though they are paying fees as they demand in earlier, time and again, this time they have lost the tolerance.

7 Jan 2015 - 8:30pm | Jayanta Kumar Das
The 40th session of All Bodo Students Union Udalguri district committee has concluded at Udalguri on January 7. Pramod Boro, president of ABSU Assam attended the session as the chief guest on the...