In a bizarre incident on the new year’s day, a woman and her two children were hacked to death allegedly by her teenaged stepson on Tuesday in Koliabar of Nagaon district. Identified as Mohamad Ali hacked to death his step mother a sharp weapon after an argument at Kunduli village. He then attacked her minor daughter and son killing them on the spot. According to the neighbour, Mohamad and his step mother would often fight after his father married her and shifted to another house following the death of his mother. The deceased have been identified as Phulbano Khatun, Nazia Khatun and Rabiul Hussain. Ali was absconding.

27 Jun 2007 - 11:29am | editor
Moushumi Bhattacharya (The author is a renowned travel columnist for various newspapers in India) With an abundance of natural beauty, North East region is one of the most fascinating and... 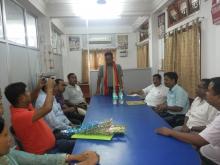 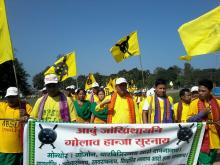