Media should not miss missionary character 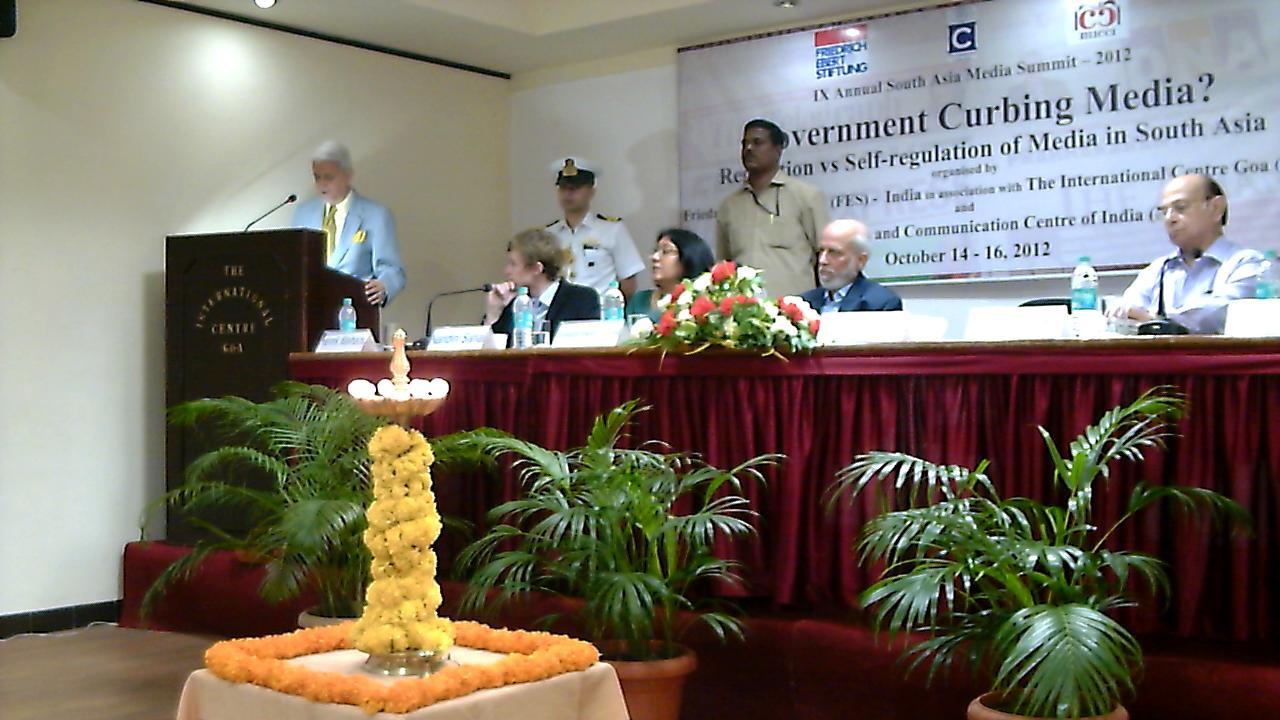 More and more media houses may be driven by the business interest, but at the end of the day the media should not miss its missionary character. More over, the media house owners should not engage the media space only for its profit sacrificing the media’s immense social responsibilities, commented His Excellency Bharat Vir Wanchoo, Governor of Goa. Inaugurating the 9th Annual South Asia Media Summit 2012 at The International Centre Goa, Dona Paula- Goa today morning the Governor also added that irrespective of increasing challenges, the media should continue its presence in the society as a watch dog and conscience keeper.

Organised by Friedrich Ebert Stiftung (FES) India in association with The International Centre Goa (ICG) and Media Information and Communication Centre of India (MICCI) on October 14-16, 2012, the summit has been attended by senior media professionals from different countries like Pakistan, Afghanistan, Nepal, Bhutan, Sri Lanka, Myanmar with India.

“Market-driven media tends to sensationalise news. The role of media as watchdog of society has in recent times been transgressed to create misconceptions in the minds of its target group. Media is also blamed for blurring the line between news and advertisements, that is, of doling out news for which they have been paid by interested parties, said Ms Nandini Sahai, Director of The International Centre Goa.

She also added, “People now seem to be fast losing faith in the media. This trend is common in the media of the region. Governments also accuse media practitioners of indulging in sensationalisation of news which results in hostility between neighbouring countries. With the onset of New Media, with its Twitter and Blogs characteristics, there is absolutely no control on news becoming gossip and slander.”

18 Apr 2020 - 3:25pm | Ranjan K Baruah
Historical monuments or sites are heritage for us. These heritage sites are everywhere on earth and each one of them have their importance.  Different heritage sites reflect the rich past of our...