AIUDF has alleged that both Delhi and Dispur have failed to efficiently deal with the law and order situation in violence-hit areas.

Talking to reporters in Guwahati on Wednesday, General Secretary Aditya Langthasa said that Dispur has lost control over the Bodoland Territorial Council (BTC) area and the Centre has also not done enough. He said that armed miscreants were able to act with impunity and without any challenge from the government and security forces. 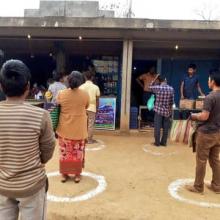 The unseen causes of Novel Coronavirus

26 Mar 2020 - 12:39pm | Rajiv Roy
Away from the seemingly causes that led to the pandemic called Novel Coronavirus aka CoViD-19 it cannot be denied that it can well be attributed to the bitter spat between USA and China over trade....