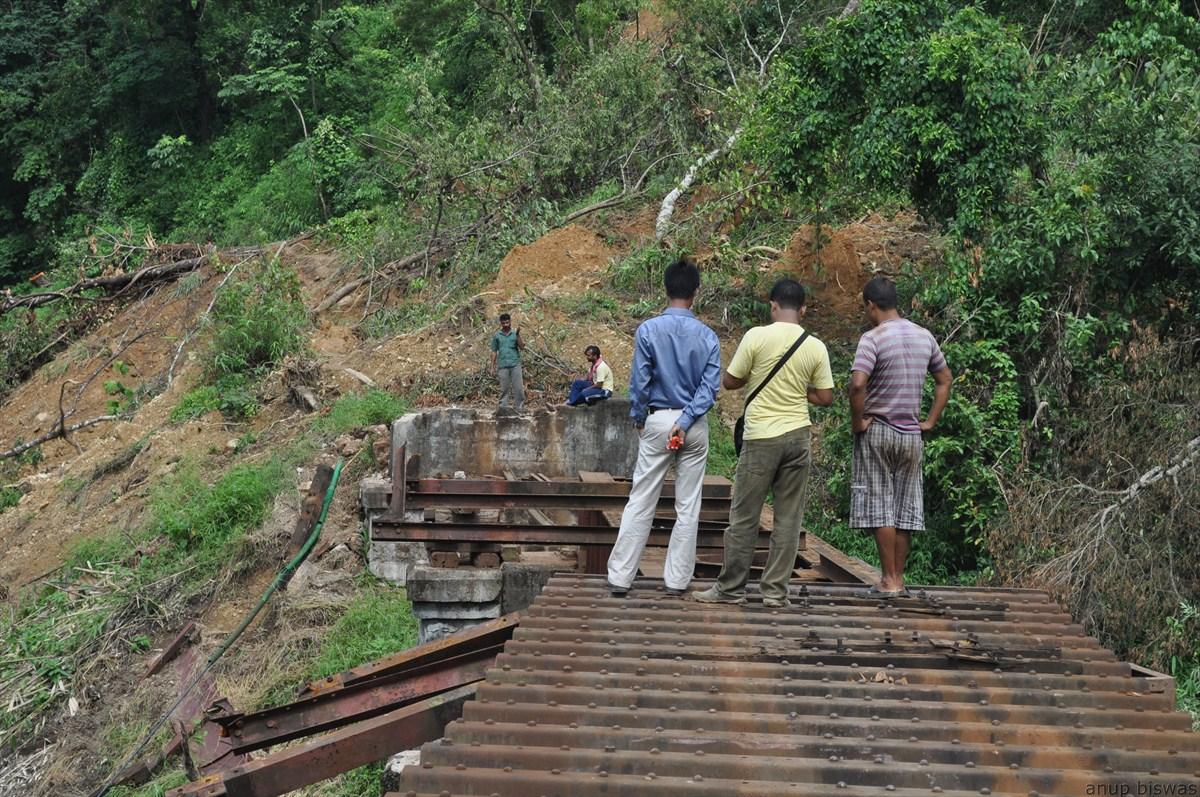 The restoration of rail communication between Lumding- Badarpur hill section of NF Railway would be completed within July 20 to 25th provided whether does not disturb, claims Divisional Railway Manager Sri Rakesh Goel on Monday morning while talking to the media at Haflong Railway rest house.

Sri Goel who is camping here at Haflong to mobilise the ground works at as many as ninety locations out of which 16 locations were of serious nature. Meanwhile, ten locations are cleared only six locations are left. There has been pressure from various end for the immediate restoration of this section.

The railway communication between Lumding- Badarpur hill section of NF Railway is the life of entire southern Assam and its neighbouring state like Tripura, Manipur and Mizoram. This was snapped away by heavy landslides due to incessant rain at 90 locations damaging 70 km of track besides tunnel and bridge. This was the biggest damage in the recent past.

Meanwhile the railway is running trains from Badarpur to Harangajao and Lumding to Maibang. The disruption of rail communication has escalated the market price of essential commodities in Dima Hasao causing immense inconvenience to the people. Few dishonest traders, taking the advantage of situation, have increased the rate of goods as per their whims, people alleged.

IT raid in leading private hospitals

30 Mar 2012 - 2:09pm | editor
The Income Tax department continues to conduct raid on a section of private nursing hospitals across the state. Senior IT officials conducted raids at Aditya Hospitals in Dibrugarh and Sivasagar...