Criminal Investigation Department is intensifying its probe into the sensational Gadapani Pathak case where the agriculture department superintending engineer was killed after he was kidnapped at gunpoint. CID sleuths continue to grill Faizul Islam for third consecutive days after he was released from a private nursing home in Bongaigaon. Islam, an engineer who had accompanied the slain engineer Godapani Pathak to Dhubri, is set to be quizzed further in this connection. Islam, who was rescued after 25 days of abduction, had accompanied Godapani Pathak, a senior engineer of state agriculture department, whose bullet-ridden body was found on May 3 last in Bongaigaion to Dhubri. CID found contradiction in his and the driver of Godapani's official vehicle Nur Mohammad versions.

Man died inside his own car in Imphal

3 May 2011 - 11:06pm | editor
A 43-year-old man has been found dead early morning inside his own car at Canchipur under Singjamei police station in Imphal West, police said. Irom Haimo of Chanam Pukhri Mapan Ahongsangbam... 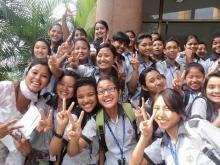 22 Nov 2013 - 8:48am | CM Paul
A Catholic religious group working over 90 years in northeast India is launching an ambitious project for youth development to ensure affordable quality education and skills training for young people...

17 Sep 2009 - 2:59pm | Jayanta Kumar Das
The alarming unnatural deaths of the wild elephants in the tea gardens of Udalguri district has been resented all over the state. So far four wild elephants have lost their lives and two narrowly...