Tension prevails along Assam-Arunachal Pradesh border in Sonitpur on Saturday forcing the authorities to beef up security in a huge area. The incident took place when a huge group of people belonging to Arunachal Pradesh damaged at least 12 houses and a temple at Bogijuli in the wee hours. Police said a group of about 250 people allegedly from East Kameng district of Arunachal Pradesh also took away a number of cattle and other livestock. Police from Bishwanath Chariali rushed to the remote spot located along the boundary between the two states where the situation was now stated to be under control. Locals of the area alleged that the miscreants had occupied agricultural land in Bogijuli.

15 Nov 2016 - 10:22am | Ranjan K Baruah
Sainik School Goalpara (SSG) celebrated its 52nd Raising Day on November 12. The eventful day commenced with a ceremonial parade reviewed by Capt (IN) Edwin Jothirajan, the Principal who hoisted the... 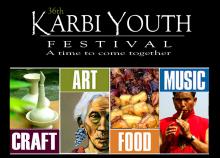 30 Jan 2010 - 7:30pm | Ranjan K Baruah
‘Karbi Youth Festival’, one of the largest ethnic festivals of the northeastern India is going to be held held at Taralangso in Diphu from February 15-20. The 36th Karbi Youth Festival, a...