The Assam Higher Secondary Education Council will announce the results of the higher secondary examinations in the last week of May. In a statement issued on Friday, AHSEC secretary UC Das said that the students have fared pretty well after they introduced the NCERT syllabus.

Around 2,19,140 candidates have appeared the examination this year, with 2,17,953 students from arts, science and commerce and 1,187 from the vocational stream. He said that the NCERT course allows for high scores and that there hasn't been any mistake in the results. 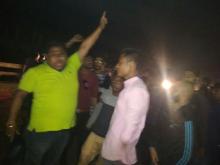 Who is Sukumar Biswas?

16 Mar 2018 - 8:58am | AT News
BIJOY KR BURAGOHAINJORHAT: Hundreds of APYCS activists spilled to the road in Teok on Thursday evening and strongly took on Sukumar Biswas, who negated the rights of the people of Assam to oppose the...

22 Feb 2014 - 8:06am | Raktim Baruah
Shahidul Alam Choudhury, who had a very humble background, came to limelight in 1985 when he was sworn in as a cabinet minister in the AGP government of Assam. He was the lone minister from the Barak...