The Electronic Media Forum Assam (EMFA) has expressed serious concern at the abuse of media space by a registered multilingual bi-weekly newspaper from Guwahati, where a last page article with the content of low-taste and some derogatory comments against a senior television reporter of News Live.

Dibya Bordoloi, who works for the Guwahati based satellite news channel has made an official complain that Raijor Sangbad (RNI registered no. ASSASS/14644) has published an assonance in its latest issue (April 18, 2012, Vol 7, issue 32), where many disparaging words were put targeting him and his profession.

After scrutinizing the content of the poetry, the EMFA gets convinced about the use of inappropriate words against one of its esteemed member. Hence the forum has condemned the attitude of the editor/management of the newspaper for its evil design to malign a television journalist and demanded a public apology at the earliest. The forum also appeals to the public-relation organ of the government to take serious note of misappropriation of media space and avoid patronizing the particular newspaper.

24 Feb 2013 - 11:14am | Anup Biswas
Reacting sharply on the decision of N F Railway in regards to the extension of Hill Queen train up to Silchar, The joint Action Committee of several apolitical and social organizations like All... 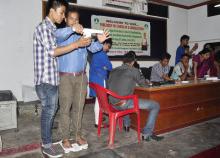 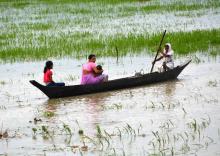