Concern over delay in East-West 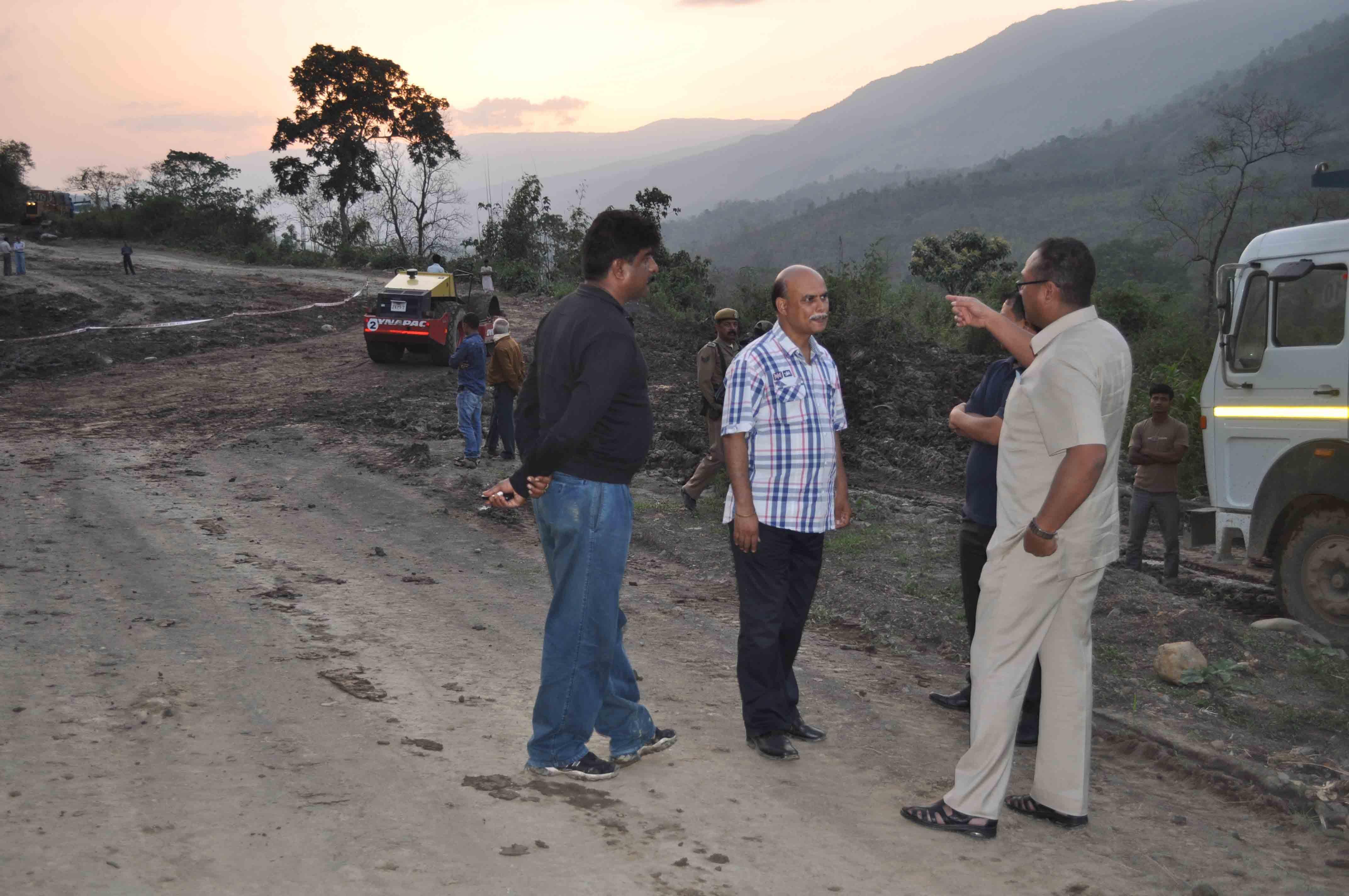 The Chief Executive Member, Dima Hasao Autonomous Council Sri Debojeet Thaosen expressed serious concern over the delaying attitude of the companies engaged for the construction of East- West corridor particularly in between Haflong- Silchar. Sri Thaosen on April 16th visited the work site at Kapurchera near Harangajao and staged Dharna demanding immediate restoration of the traffic by the concerned companies. The JKM, which is responsible for the construction, however, after 3 hours restored the communication in presence of CEM, DHAC.

It is to be mentioned here that the Dima Hasao Autonomous Council led by Sri Debojeet Thaosen has been given top priority in road communication and had been approaching right from Delhi to Dispur for the early completion of the East- West corridor as well as the BG. But the delaying tactics of the concerned companies caused serious concern among the people of Dima Hasao, since Dima Hasao is now a place where peace is prevailing and the development has been gearing up.

People alleged that the companies engaged in construction are more interest to complete the work without routine repair and even compromising the quality of construction work. There fore it is appealed to all people of Dima Hasao to be vigil about the construction quality and not allow any company to compromise with quality of the work.

20 May 2013 - 7:36pm | Abdul Hasib
A day long training on improved agricultural practices was organized on 20th May at Rajpara village in Chirang districts. 51 farmers from Rajpara, Nepalpara and Patalmari villages attended the...

22 Dec 2007 - 2:25am | editor
An MP from Bihar has reached the Supreme Court seeking probe into the alleged link of Assam’s health minister Dr Himanta Biswa Sarma with ULFA.In a PIL, the minister named Sukhdeo Paswan...

4 Mar 2015 - 8:04pm | AT News
City based journalists have shown an un-impressive picture when they were exposed to an eye check up camp organized by Sankaradeva Nethralaya in Guwahati Press Club on Wednesday (4 March 2015). Over...