Security forces seized a huge quantity of ganja, weighing more than 80 kgs from the Guwahati Railway station on Saturday.

Patrolling railway police personnel recovered ten packets of the contraband, worth Rs 3 lakh, from a compartment of the Alipurduar-Mariani Passenger train.

In another incident, police recovered 16 packets of ganja, worth about Rs six lakhs, from the guards room of the railway station and took into custody the Guardsman Chandiram Bodo.

19 Nov 2014 - 9:36pm | AT News
The Supreme Court has directed the Centre to furnish the action plan to curb cross border infiltration, deportation of immigrants, sealing of the Indo-Bangladesh border and update of National... 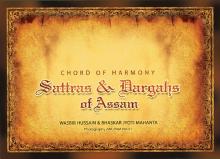 31 Aug 2012 - 7:08pm | editor
Tezpur police have arrested on Friday in connection with the violence during the AMSU-sponsored Assam bandh on Tuesday. They were arrested from Bhujchapori area. They include some a few AMSU leaders...