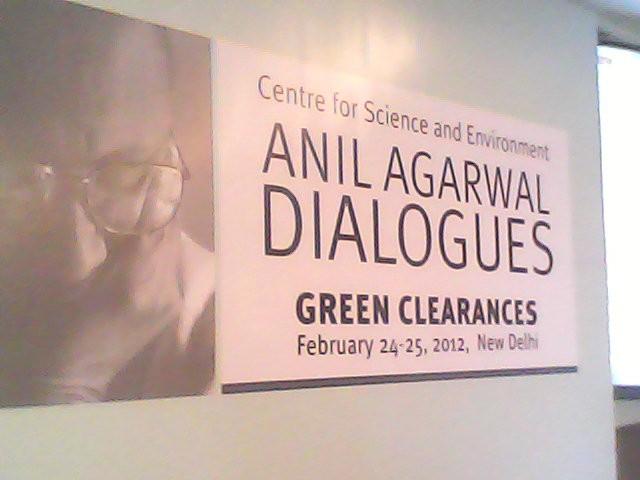 While anti-big dam protesters have assembled in eastern Assam for a mammoth public rally at Thekeraguri, serious concern is expressed in the national capital in an intense discussion. Addressing the rally at North Lakhimpur, eminent environmentalist Medha Patkar reiterated her stand that the people living in the catchment areas own a river and hence their interest must not be sacrificed to please the corporate players while going for larger hydro-electricity projects in India.

Meanwhile, attending a dialogue in memory of pioneer environmental journalist and activist of international repute, Anil Agarwal various speakers put forwards their fears that the hydro-electricity projects in Arunachal Pradesh and Assam would leave a devastating impact on the northeastern part of India and also in Bangladesh.

Organized by the Centre for Science and Environment at India Habitat Centre, New Delhi, the two-day meeting was started with a keynote address by Sunita Narain, editor of Down To Earth, a CSE publication, where hundreds of environment activists and journalists across the country have participated.

Addressing the gathering, Partha J Das of Aaranyak (Guwahati, Assam) highlighted the overview of the government policy for Green Clearance to various hydro-electricity projects in northeast India. He revealed in his presentation that already 147 MoUs (out of 168 planned large HEPs in the region) had been signed with the Arunachal government (till July 2011).

“At least 55 projects have obtained scoping clearance and 12 projects (LSHEP for 2000 MW at Subansiri, Ranganadi-I for 405 MW at Ranganadi, Kameng for 600 MW at Kameng, Siyom /Middle Siang for 1000 MW at Siyom, Demwe Lowe for 1750MW at Lohit, Tawang-I for 750 MW at Tawang, Tawang-II for 750 MW at Tawang, Pare for 110 MW at Pare/Dikrong, Tato-II for 700 MW at Siang, Khuitam Lewuitkare for 66 MW at Gang/Bishom/Kameng, Gongri for 90 MW at Kameng) have received the final Environment Clearance in the bio-diversity hotspot region,” Mr Das pointed out.

He however argued that the environment impact assessment process, based on which the clearances are given, are inferior and misleading. Moreover the cumulative environment impact assessment is not done in-spite of the fact that the basins of each major river would have multiple projects. Similarly, the adequate study on downstream impacts is ignored jeopardizing ecosystems, lives and livelihoods, he added. Moderated by Himanshu Thakkar of South Asia Network on Dams, River & People, the session was also addressed by Chandra Bhushan of CSE, Bimal Bhai from Matu Jan Sangathan with many others. 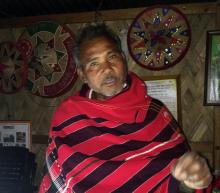 12 Jan 2017 - 7:14pm | Ma Prem Naina
An exceptional, genuine and a compassionate person who surrendered his life to giving. Walking alone in the path of selflessness and humility is a true story of a man named Jadav ‘Molai’ Payeng. This...

14 Aug 2015 - 3:14pm | AT News
Journalists’ Forum Assam (JFA) has expressed serious concern over the continued deadly attacks on atheist bloggers in Bangladesh, where four of them have lost their lives to religious fanatics till...

29 Jan 2014 - 11:10am | AT News
AICC screening committee meets on Wednesday in New Delhi to prepare the list of the candidates for the upcoming Lok Sabha polls.The meeting is scheduled to be chaired by Union home minister Sushil...