Forest cover in Northeast is declining compared to 2009 assesment, according to the India State of Forest Report released today by Environment Ministry. Decline in Forest cover of the region is particularly due to prevailing practice of shifting cultivation in this region.

"In comparison to the 2009 assessment, after taking into account the interpretational changes, there is a decrease of 367 square km in country’s forest cover. 15 states have registered aggregate increase of 5000sqkm in their forest cover with Punjab leading with increase of 100sqkm.," secretary in Ministry of Environment & Forests T. Chatterjee said.

The India State of Forest Report 2011 is the twelfth report in the series. It is based on interpretation of satellite data recorded during October 2008-March 2009 from the indigenous IRS-P6-LISS III sensor on a resolution of 23.5m with a minimum mappable area of one hectare.

The assessment made on the basis of satellite imageries is backed by rigorous ground truthing carried out by the staff of FSI. The change matrices recorded in the present report refer to changes with respect to the satellite data recorded for the previous India State of Forest Report two years earlier.

Special coverage is provided to forest cover in hill districts, tribal districts and the north-east keeping in mind the special symbiotic relationship of communities with forests in these regions.

As per the present assessment, the Forest and Tree cover of the country is 78.29 million ha, which is 23.81% of the geographical area of the country.

The Report contains the regular features like forest cover, tree cover, mangroves and growing stock both in forests and areas outside forests. However, it adds three new chapters that are of crucial importance in the present national and global worldview about forests. These are: a detailed assessment of bamboo resources, a production-consumption assessment of wood based on data stock in India’s forests reported under the NATCOM project.

Due to its significant impact on rural/tribal economy and their livelihood the Production and consumption Study is expected to fill the information gap in this arena. The study highlights the importance of trees outside forests is meeting the requirements of industrial wood, small timber and firewood.

As for the assessment of carbon stock in India’s forests, in lies at the center of international dialogue on climate change. The inclusion of these three new chapters makes the India State of Forests Report 2011 a path breaking advance over its previous editions. 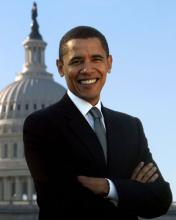