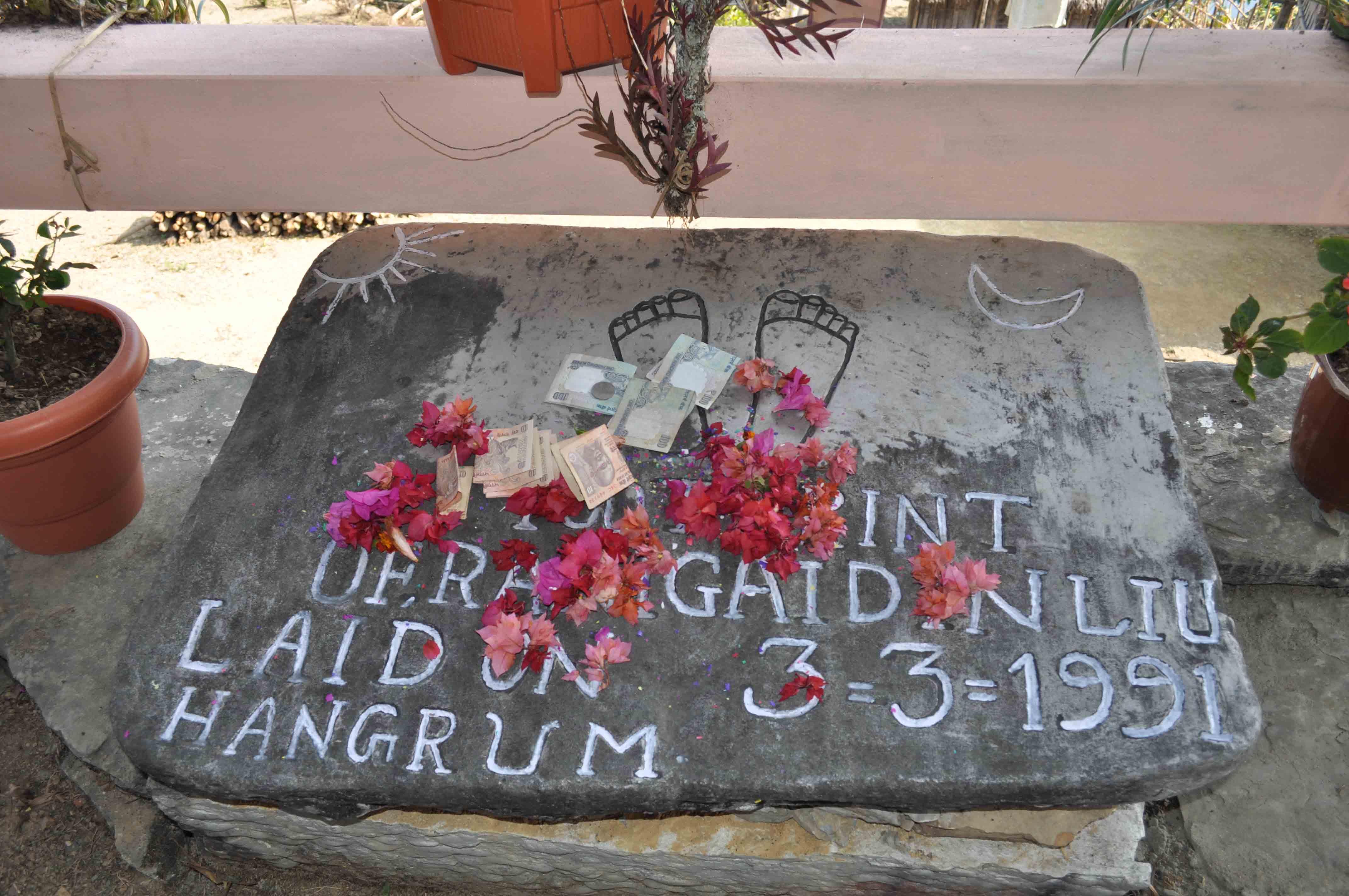 The 97th Birth Anniversary Of freedom fighter Rani Gaidinliu was observed at Hangrum, a place in Dima Hasao bordering the State of Manipur 100 Km from Haflong historically famous for ‘ Hangrum battle’ on Thursday (26.1.12) in a befitting manner.

To mark the occasion, Sri Igianeing Daime, Member, Dima Hasao Autonomous Council inaugurated the newly constructed shed for the sacred footprint of Rani Gaidinliu in presence of Forest Officials and the villagers. This was followed by the paying floral tribute to the sacred footprint of Rani Gaidinliu by the people as well as the invitees. This was followed by offering of tribute to the martyrs of Hangrum battle at the martyr column.

In this connection a well attended meeting was also held at Hangrum village where in Sri Igianeing Daime, Member, Dima Hasao Autonomous Council as the chief guest while Chief Conservator of Forest, Sri Bikash Brahma, IFS attended as the guest of honour. Among others, Sri R. Jeme, President, Heraka Association, Sri T. Saikia,DFO

Sri R. Jeme dwelt at length the life sketch of freedom fighter Rani Gaidinliu and appealed to follow her footprints.

Rani Gaidinliu was born on Thursday,26th January 1915 at Rongmei Naga village of Lungkao in the Trans-Barak basin in the west District of Manipur state. She was the third daughter of the eight Children of Lotthonang. Her family belonged to the influential ruling clan of the village. From childhood Gaidinliu was an independent and strong willed girl, whose Amazonian way of doing things raised eyebrow among the womenfolk of the village. At the age of thirteen, she was associated with Jadonang (1905-31) who tried to drive away the British from Manipur. She became his lieutenant in his social, religious and, political movement. However, before launching his movement, Jadonang was arrested and hanged by the British on 29th August 1931 at Imphal.

5 Dec 2012 - 1:53am | editor
Poaching refuses to die down in Kaziranga. Another one-horned rhino was shot dead in the famed Kaziranga National Park on. The carcass was spotted on Tuesday morning at Burhapahar. But the poachers...