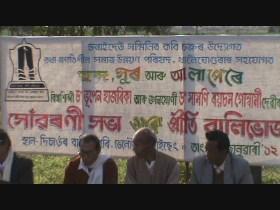 The Charaidew Sonmilito Kobi Samaj in association with Pragotishil Samaj Unnoyan Parishad, Khaloighugura, organised a memorial programme of Dr. Bhupen Hazarika and Mamoni Roysom Goswami on January 8 at Bhalow-Guri of Lai-Seng on the sand bank of Disang River. Peoples interested in Art, Literature and music took part in that function. Ripu Phukon, Naren Phukon, Mukul Chetia and Jaganath Phukon were present as board of directors. After the function the persons present took part in the community fest organised by the organisers. 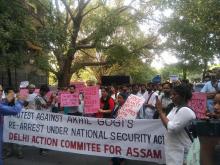