The United Liberation Front of Asom on Friday has backed Assam Chief Minister Tarun Gogoi’s son Gaurav Gogoi for his efforts to give Assam a fresh lease of life on vital fronts.

In an email statement to media, the outfit’s Publicity manager Arunodoy Dohotiya thanked the efforts of the chief minister’s son to open the flood gate of foreign experts to carry out seminars in the state’s educational institutes. Dohotiya called it an effort to develop Assam economy. He said that the state no dearth of potential to develop on all fronts.

19 Jun 2016 - 11:10pm | AT Kokrajhar Bureau
Family members of Jayabati Roy lodged an FIR with police citating that she was pre-planned murdered by her husband Prafullo Roy on Saturday in the name of cylinder blast at Balagaon village in... 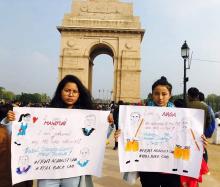 18 Dec 2019 - 4:37pm | Khrotsolo Rhakho
My Dear friends,  The Citizenship (Amendment) Act, 2019 that have been passed is not a matter that should be taken lightly it is a very serious issue that will clearly destroy us in the...

26 Oct 2013 - 12:25pm | AT News
The identity of the two girls---believed to have been raped and kill in Azara seems to have surfaced. Two families have rushed to Azara police station to identify the bodies of the two girls who have...