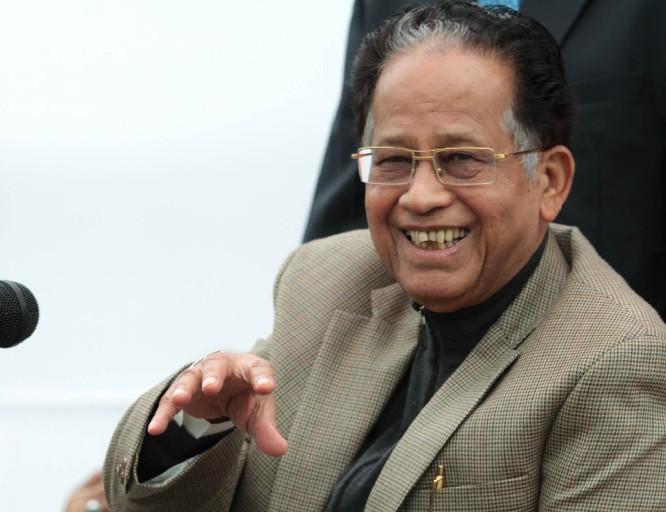 Assam Chief Minister Tarun Gogoi on Sunday doled out a slew of ambitious schemes on the new years day. Addressing a press conference, Gogoi appealed to the militant outfits to come back to the national mainstream to pave the for peace and development. Gogoi said the Government will put all its efforts to eliminate insurgency from the State this year.

The Chief Minister was addressing a press conference at Guwahati this afternoon on the occasion of the New Year. Gogoi asked those organizations to take up their issues with the Government for amicable settlement. He said that his Government will accord high priority to mitigate the Brahmaputra river bank erosion problem in the New Year 2012. The chief minister announced that a super specialty hospital will be set up in Guwahati within next one year. Fifty bedded cancer wings will also be set up in all the four medical colleges of the State to facilitate treatment of cancer patients.

23 Nov 2011 - 2:41am | Ritupallab Saikia
The court of district and sessions judge P.K. Roy today convicted a couple under the Narcotic Drugs and Psychotropic Substances (NDPS) Act. While pronouncing the order, the court sentenced 10...