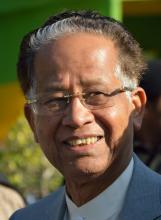 22 Sep 2015 - 8:50pm | Daya Nath Singh
Despite many differences with the sayings and doings of the Chief Minister, Tarun Gogoi, I share at least one of his views on an occasion that the people of Assam are ‘emotional’. He is right, I...

Firing between ULFA and SULFA

14 Jul 2007 - 2:42am | editor
Talap : Reports have come in that there was an exchange of fire between ULFA and SULFA in Talap on Thursday . The Sulfa member, Sriman Chetri managed to escape unhurt. This may be precedence for many...

4 Aug 2012 - 2:10am | editor
A small group of ULFA managed to sneak into Assam to monger trouble in the run up to the Independence Day celebrations. This is what available with police. According to information, the ULFA group...