The meeting discussed on problems and its solution wherein the entire department disclosed that the absence of head of the department in their respective HQs was the prime cause of concern. More over the Maibang subdivision hardly get its share of fund for the reasons best known to them only.

The general public raised several point like taking of fees by the doctors for attestation from the student, black-marketing of PDS item, non-completion of Irrigation project during the agricultural seasons, non-availability of drinking water in Maibang town etc. In reply most of the officials present in the meeting agreed upon the public complaint and assured to rectify all the lacking while seeking whole hearted co-operation from the general public. Some speakers also pointed out educational upliftment and the change in mindset of the people as the solution of the problems. Sri Daku Sing,Commander of Maibang designated camp suggested the officials to do their duty if not then resign.

The spearheaded organization, the Youth Council for Development (YCD) disclosed they would not leave any stone unturned to bring a change in Maibang and its people. They will continue their movement till the goal is achieved but democratically. They also prepared a memorandum to be submitted to the Chief Executive Member of Dima Hasao Autonomous Council detailing their demands of the governmental offices located under the Maibang, Civil sub-division are seldom at work as the departments have not been functioning properly in as much as the common people have been suffering a lot while attending respective offices for some works. All the governmental department's offices are generally found almost defunct and most of the high officials and other staff of different respective departments remain out of station for long, which has completely halted all the developmental activities in Maibang sub-division. In this connection, an intensive drive must be taken up to sensitize the people with the facilities honoured by the honourable constitution of India to the people of the country with vast and varied heritage, established under the administrative control of your autonomous council.

The public service should be the prime consideration in all establishments for the all round development of the community and as such work culture should be cultivated among all people of the district.

That in every progressive society, there has been a steady shift of employment and investment from the essential primary activities to secondary activities of all kinds and to a greater extent into tertiary production. The benefit of economic development must accrue more and more to the relatively less privileged classes of society and there should be a progressive reduction of the concentration of incomes, wealth and economic power. Employment is the surest way to enable the vast numbers living below the poverty line to rise above it. Consequently, generation of employment opportunities is sure to help the people if they can use natural resources judiciously available in their possession and as such your lordship's support is prayed from the administrative angle.

That entrepreneurial skill must be developed among the local residents of the sub-division so that using their merit in the field of horticulture, live-stock farming, cane, bamboo, food processing, sericulture, handicrafts etc. so that the local youth can be benefited from there.

Furthermore it is requested to establish one industrial institute within greater Maibang area. So that local unemployed youths can receive training from the aforesaid institution.

That a number of governmental quarters have been occupied by the strangers to use the same with the adjoining government land which must be vacated immediately and handed it over to the department concerned for those benefit it was constructed.

That Maibang has been described as the historical city and as such, all historical monuments including "One Stone House" , "Rajbari" including flora and fauna which are rich in bio-diversity, should be protected along with the establishment of a tourist centre at Maibang.

It has further been requested to develop higher education in Maibang. At the first instance, the Maibang Degree Collage which is the only institution in the entire civil sub-division for higher education for the local people, has only Arts stream. So in this regard it is requested to incorporate Science and commerce stream in said institution. Secondly there is only one higher secondary school which also has a huge shortage of the teaching staff. Although the science stream exists but like a boat without radar as the required teachers are not available to run the respective stream properly. the adequate teachers in both streams in Maibang higher Secondary School, along with the induction of Commerce stream afresh in the higher secondary section are the prime needs. Thirdly, the secondary education of Maibang Higher Secondary School, Maibang has also huge shortage of teachers which may kindly be filled up immediately. Fourthly, Although the vocational stream once existed in the aforesaid school but the teaching staff had been withdrawn by the concerned department for some unknown reasons. Fifthly, it is requested to se up a "Krishi Vigyan Kendra", a Poly-technical institution, a separate vocational school and a B.Ed collage within Maibang, for all round development of the community.

That all educational institutions of Maibang sub-division should be brought under the Assam Venture Educational Institutions ( Provincialisation of services) Act, 2011, with immediate effect.

The Maibang 30 Bedded Rural Hospital is the only main health centre for the people of the sub division. But it lacks all the required modern medical facilities and the provided bed is not sufficient, it cannot serve the patients properly. So, in this it is requested to facilitate the people with gynecologist, a medicine doctor, a surgeon, anesthetic doctor, and new surgical instruments with the provision of sterilization.

10 Sep 2015 - 10:05pm | AT News
Bowing down to an escalating pressure 3 more MLAs have put in their papers in Manipur on Thursday. Phungzathang Tonsing, Dr Chaltonlien Amo and T Vungzagin resigned after they hardly saw any... 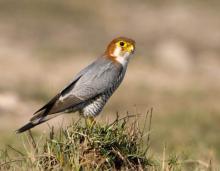 31 Aug 2014 - 4:44pm | AT News
Singer and film maker Sadananda Gogoi is learnt to have made stunning revelations before CBI in connection with the multi crore Saradha scam. Sources say that Gogoi whom CBI interrogated at Kolkata...